This year, Makha Bucha Day (Buddhist All Saints Day) falls on Saturday, February 8. Since it falls on a Saturday, the official Thai holiday will be observed on Monday, February 10, when government offices, banks and many businesses will be closed.

This holy day commemorates the miraculous event when 1,250 disciples of the Buddha, Gautama Sakayamuni, traveled to meet with the Buddha with no prearranged agreement, at Weluwan Mahawiharn Temple in the area of Rachakhryha, India.

Devout Buddhists are expected to turn out in the thousands at local temples to conduct religious ceremonies. 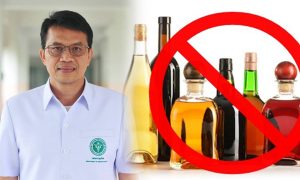 Since this is one of the major Buddhist holidays, it is against the law for businesses to distribute alcohol from midnight Friday night, February 7 to midnight Saturday night, February 8. This includes bars and restaurants, supermarkets, convenience stores, department stores, and community retail stores. An amendment to the decree exempts hotels from the ban.

Those caught breaking the law can face up to six months in jail and fines up to 10,000 baht.