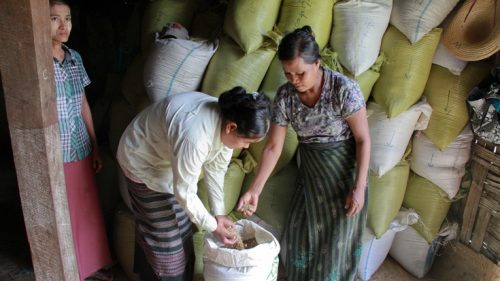 Direct-sale markets which allow farmers to get a better return on their rice are springing up in major growing areas of the North and North-East, as millers and major traders continue to offer low prices for paddy.

In Phitsanulok province, tents were set up in front of the provincial hall, without charge, for farmers wanting to sell milled paddy directly to customers. The provincial governor said that the market would continue for two months and could be extended if the venture proved successful.

It is also planned to provide training for farmers on packaging and distribution of their rice.

One farmer had received an online order for two tonnes of bagged rice, and a petrol station operator was helping by buying then giving away a 5kg bag of rice to each customer buying at least 1,000 bht of fuel.

In Uttaradit province, the direct-sale market was set up in front of the provincial government complex. Farmers were selling rice milled by local agricultural cooperatives directly to householders and other buyers, including hospitals, hotels, prisons and schools.

The provincial governor said plans were also being made to export rice directly to China and Australia.

In Si Sa Ket province, similar markets were set up at all local PTT petrol stations, where farmers were selling rice processed by their own community mills .

The Si Sa Ket governor said that last year’s Hom Mali rice was being sold at 100 baht for 4 kilogrammes, and new harvest fragrant rice at 100 baht for 3 kg. He had instructed all local government offices, food shop networks, schools and hospitals to buy rice directly from farmers.

The governor also allowed farmers to dry their harvested grain within the grounds of local schools, government offices and temples to ensure it fetched a good price.

In Phichit province, farmers were selling their certified organic rice directly to consumers at the daily market run by the provincial agricultural office. Sales were good, as in other provinces. 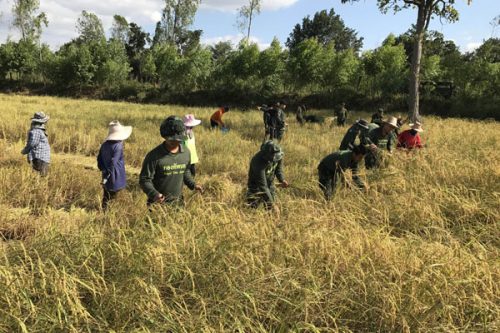 Meanwhile, in Kalasin province, soldiers were helping farmers reap their crop, saving them the cost of hired labour or a mechanised harvester .

The 1st Army chief, ordered units in his command to buy paddy and milled rice directly from farmers and their cooperatives.

Farmers could also sell their rice at direct-sale markets in front of military bases, free of charge, in Ayutthaya and Kanchanaburi provinces.

It will be interesting to see just how long all this can carry on for and also to see how millers and wholesalers react.