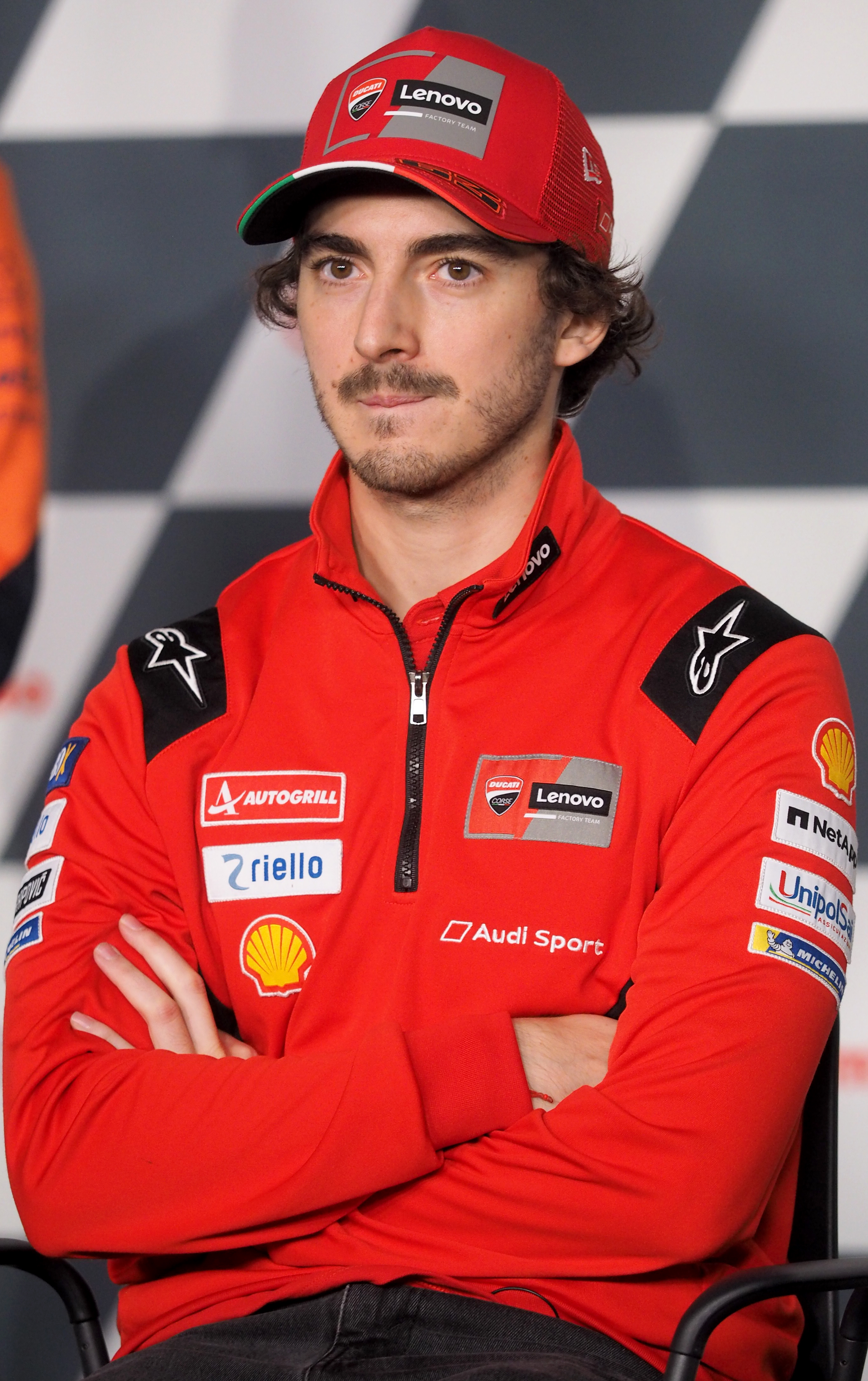 The Italian was the only rider who could get into the 1:19s in Q2 at the Sachsenring – a 1:19.931, specifically – although the front row was still covered by less than a tenth of a second, proving just how close the category is.

Francesco “Pecco” Bagnaia (born 14 January 1997) is an Italian motorcycle racer competing in MotoGP for the Ducati Lenovo Team. Bagnaia is best known for becoming the 2018 Moto2 World Champion, after winning 8 races during the season.He became just the second rider from the VR46 academy to win a world title after Franco Morbidelli in 2017.

Monster Energy Yamaha MotoGP™ rider Fabio Quartararo has given himself a good chance of extending his World Championship lead by claiming second on the starting grid for Sunday’s race in Germany, and he will have Prima Pramac Racing’s Johann Zarco alongside him also.

There were three different makes in the top four thanks in part to Aprilia Racing’s Aleix Espargaro, but seven of the Bologna bullets made it into the second stanza of qualifying and six of those got into the top eight. Fabio Di Giannantonio (Gresini Racing MotoGP™) topped Q1 before claiming fifth in Q2, ahead of Jack Miller (Ducati Lenovo Team), Luca Marini (Mooney VR46 Racing Team), and Jorge Martin (Prima Pramac Racing).

Check out his form: