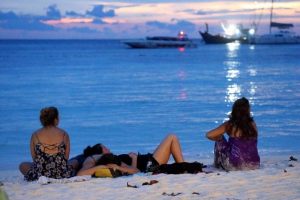 Foreigners with one-year Non-Immigrant Visa “O-A” (Long Stay) will have to compulsorily arrange health insurance, according to new proposals of a key committee.

The criterion under the Immigration Act 1979 was approved by the Medical Hub Committee, Dr Kittisak Klapdee, an adviser to the Minister of Public Health, said on Sunday.

Kittisak was assigned by Public Health Minister Dr Piyasakol Sakolsatayadorn to join Tourism and Sport vice minister Ittipol Khunplome at the Medical Hub Committee’s second annual meeting, which approved in principle the amendment of the criteria for one-year long-stay visas.

The amended criterion is aimed at ensuring health protection for long-stay visa holders – mostly elderly foreigners – and also benefit the public and private hospitals in the country, he added.