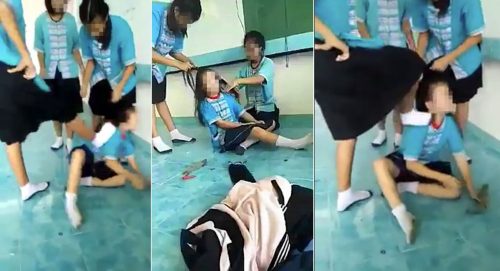 Autistic girl suffers at the hands of older girls

Following the recent sad story about a small autistic girl being bullied by older girls, the child’s mother has spoken to the media.

She said that people had offered her family 30-50,000 baht to drop charges.

This money would be useful but they are not accepting it. They want the law to run its course.

The girl at the centre of the case has been accepted at a new school ten kilometres away in Dok Kham Tai district where she will start on Tuesday.

Initially the director of the school where the attack occurred tried to settle the matter by ordering the senior school pupils to pay 500 baht to the family – another offer that was rejected.

Times comment:-Hopefully, action will be taken and those responsible are punished along with an investigation into how this was allowed to happen in the first place.