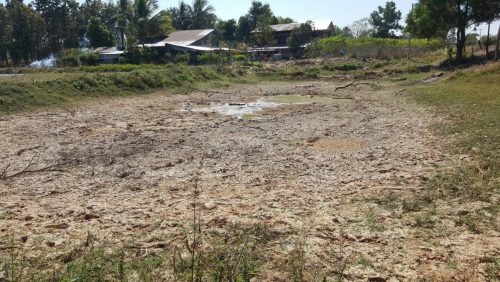 New jobs to deter farmers from growing third round of rice.

The Royal Irrigation Department will spend 3.5 billion bht to create non-farming jobs for rice farmers in the dry season.

The jobs are intended to deter farmers from growing rice outside the farming season, which may subject them to a water shortage and financial losses later.

The department’s director-general Sanchai Ketworrachai said yesterday that farmers could be hired for the construction of small irrigation projects and removing weeds to better manage water sources.

“In this current fiscal year, we have already hired 41,184 farmers across the country,” Sanchai said. “We can hire many more”.

Agriculture and Cooperatives Minister General Chatchai Sarikalya yesterday demanded a strict ban on the third round of rice growing.

“It must be banned even in irrigation zones,” Chatchai said during his visit to Chai Nat province.

Each round of rice growing takes about 100 days to yield crops. Authorities have been trying to encourage farmers to grow rice only during the rainy season to avoid the risk of water shortage.

According to Chatchai, farmers in the Chao Phraya River Basin have already engaged in the second round of rice growing and they will be able to harvest soon.

“But we have no plan to irrigate water for them for the third round of rice growing. So, do not grow rice after the end of the second round,” he said.

As of Thursday, 34 major dams in Thailand had almost 20 billion cubic metres of disposable water. Although the volume is much larger than the same period last year, there is still a risk that many areas beyond irrigation zones will face a water shortage.

It is estimated that 105 districts in 34 provinces across Thailand could face water shortages.

Chatchai said that although rice farmers were discouraged from growing rice during some periods of the year, they could grow other types of crops, such as peanuts.

He added that growing just rice throughout the year could weaken soil, so it was better for farmers to consider growing some other plants during the dry season.