From English teachers to average Thai guys to the one you had to “import,” finding love in Bangkok can be a bit tricky for the ladies. In a culture where affairs, or “giks,” are a national pastime, the process of finding “the one” might have you playing the field and coming across some of these guys. 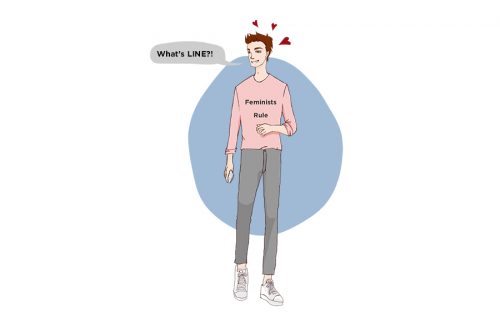 He’s from the West, respects women, and doesn’t know how acceptable it is here to be a misogynist because he just flew in yesterday. Oh, and he wants a monogamous relationship. Yes, really.

He’s clueless and gets excited by how good your English is. You’ll get bored by how often he wants to eat Pad Thai and split a “big Leo” on the street. But, afterwards, he’ll snuggle you close in a tuk-tuk back to his place and you’ll forgive him.

Here’s a test to find out if your guy is really fresh meat, or nearing his expiration date: Ask him for his LINE ID. If his response is “What’s LINE?” Congratulations, you’ve got yourself some really fresh meat.

Act now to enjoy the freshness because, in six months, he’ll be sleeping with 10 Thai girls while he chats up another 20 on the LINE account that you set up for him.

His Thai will still suck but he’ll be fluent in emoji.

2. The Princess (aka the billionaire’s son) 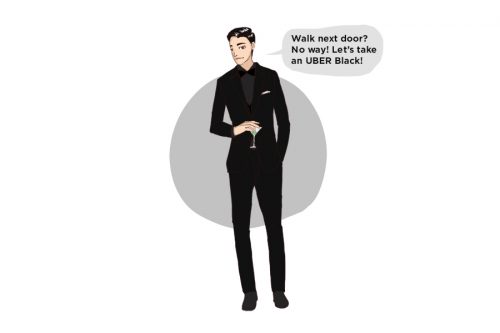 If you have an Ikea shelf to put together and hint gently that you’d love some help, the princess is so clueless that, not only could he never perform such a task, he doesn’t even understand what you mean. He’ll cry, “What do you mean, you’re building your own shelves?!”

He’s not a bad guy, he just lives in a privilege bubble.

He’s not sure where Ikea is and he doesn’t ride the BTS. He’ll insist on getting an UBER to go one block in dead stopped traffic.

He considers it slumming when he goes into Gourmet Market to get his own food. That’s his version of 7-Eleven, another place he won’t go.

He may or may not be Thai, or partially Thai, but he was born and raised here and doesn’t speak Thai.

You can find yourself a princess at Courtyard, J. Boroski or any bespoke (read: over THB500 a drink) cocktail bar. “But,” as one of our sources said, “You know where you won’t find him? On the fucking BTS.” 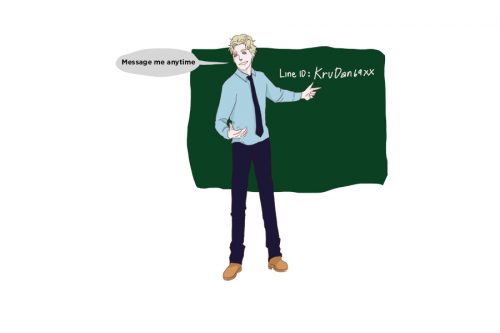 If you’ve dated an English teacher, you’re probably Thai because we’re talking about a dude who would do anything — even teach English — to live in Thailand and get down with Thai ladies. When you ask what kind of degree he has, he might say anthropology, art history, PE, or something equally open-ended. He might even just have a fake TOEFL teaching certificate that he bought on Khao San.

In his own country, he might have been a waiter, a construction worker or a grocery store checkout dude, but here he gets (at least some) respect as a teacher. He probably digs it.

As far as lifestyle, he finishes work early and has tons of time to hang out with you — but you’ll have to schlep out to Khlong Sam Wa or whatever god-forsaken place he lives in. His place will be one room, next door to his school and cost no more than THB5,000 per month.

As a side benefit of his job, he’s probably slept with a student of two if they were of legal age (Or, let’s just admit it, you’re his student). 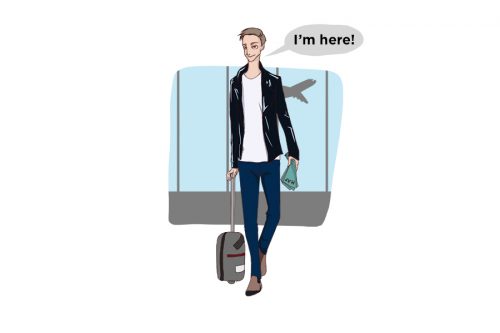 It’s simple. You imported him from the other side of the world.

Maybe you did it because you love him, maybe because the dating pool here is really limited. You might have met him online or picked him up during your travels. Heck, he might even be the guy from your hometown that was always in love with you but who you thought you were too good for.

That is, before the Bangkok dating scene knocked you off of your pedestal.

He’s into you enough to leave his life behind and move to Thailand. You pretty much moved in together before your first date.

Hold on tight, though, because once hotter girls start eyeing him up on the BTS, he’ll try to pick a big fight with you and move out. That’s the moment when you know, as one of our sources said, “Bangkok has him now.” He has a lot of money and loves being treated like a king here though he’d never admit it. He doesn’t have any Thai friends and knows nothing about Thailand, no matter how long he’s been here. His circle of friends consists of his fellow NGO workers. None of them can even count to ten in Thai or ask for a bottle of water. Getting in a taxi with them is a disaster, going for street food is a nightmare.

Soon, you get tired of walking him downstairs every night so that you can tell the taxi driver “Sukhumvit Soi ee-sip-hok” since he can’t seem to remember even simple Thai phrases.

You probably end things for good when you catch him in a compromising position with one of the underprivileged bar girls he’s supposed to be saving.

6.The Foreign Guy with a Thai Wife (that he’s cheating on with you – you’re foreign) He’s married or has a really serious girlfriend, and he might tell you that he hasn’t slept with her for months.

It doesn’t matter what kind of “connection” you feel with this dude, he’s not leaving his Thai wife for you no matter how often he hints at it. He’s been spoiled by how well his wife treats him — cooking, cleaning, sex, she never talks back and agrees with everything he says.

It’s the good life, right? But his eyes light up when he gets into conversation with you. He may not even sleep with you but he always ends up holding your hand and staring into your eyes after two glasses of wine.

6a.The Foreign Guy with a Foreign Wife (that he’s cheating on with you – you’re Thai)

They come to Thailand with the intention of a good life, career and privileged expat existence. Their “trailing spouse” stays at home, manages the family and joins the British Club or some other organization. She doesn’t have many interesting things to say anymore.

After six months or a year, the guy will realize that, “Hang on a minute! Having a gik is acceptable here?” That’s where you come in.

He’s really cute and spoils the hell out of you but also spends most of his time complaining about his boring marriage and wishing his wife could understand him like you do, his delicate Thai flower. This dude uses sympathy to win his Thai girl’s heart. And then keeps her on the side. 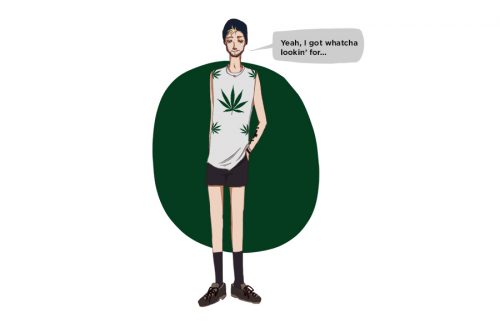 You get it. They do a lot more of the latter than the former. But they’re really proud to say “ I’m a model!” or “I’m a photographer!” No matter that they’ve been selling drugs for five years and make 100 percent of their income from that. 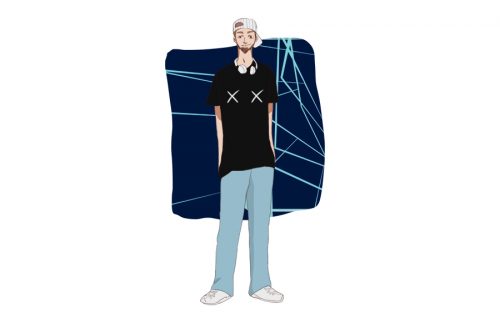 It resonated recently when a friend said to us, “I just want to find a nice guy that has never attempted to be a DJ.”

The problems with DJs are numerous. They’re full of themselves, broke, on a sketchy visa and barely scraping by. They stay out all till 8am every morning and keep dubious company, but call it “networking.”

They might get one big gig in the islands and earn THB150,000. They’ll think they’re ballin’ but they have to coast on that money for four months, so they basically make less than an English teacher.

They play regular, low-paid gigs at bars in RCA or in the opening spot at Glow or Grease. You’ll be expected to show up, which sucks. Or, even worse, he’ll try to keep you from coming, which is when you know you’re a sidepiece (read: gik). 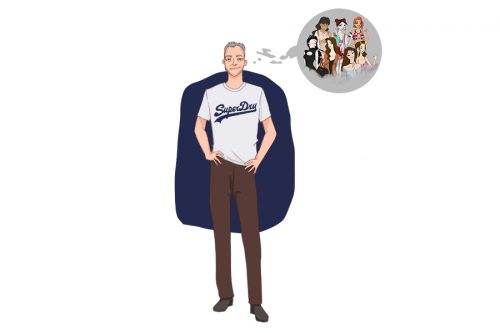 People will argue about what this means. Some say a guy has to be sporting a Superdry t-shirt*, a beer belly and have a 16-year-old on his arm to qualify for this title, but to us, it’s about intention over execution. A man can be a sexpat whether he’s a 65-year-old divorced retiree or a hot 22-year-old. He can pick up a prostitute from Nana Plaza or try hard to score a good Thai girl.

What all these guys have in common is that they moved across the globe with the hopes of slipping their hot dogs into Asian buns. No matter if he’s retired, an English teacher or an Agoda employee.