Number Of Thais Arrested For Smuggling Drugs Into Japan Rising 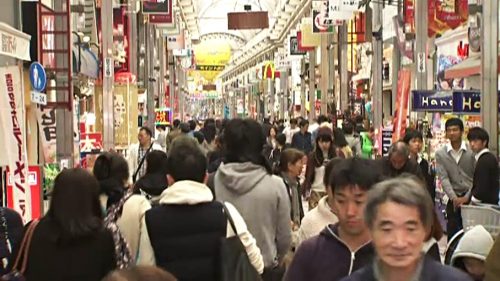 The Thai embassy in Tokyo has issued a warning after learning that a large number of Thai travellers have been caught smuggling drugs into Japan via various airports since 2014.

The warning was posted on the embassy’s Facebook page this week.

The posting said the embassy has been informed by Japanese police that during the past weeks Thai people had been arrested on charges of drug smuggling nearly everyday.  Sometimes, many were caught in just one day.

According to the Japanese police, the number and frequency of the arrests have risen to an alarming level.  Those arrests are of all sexes and ages.  Some are duped into smuggling drugs.  Some do it intentionally on being asked by friends, girlfriends and boyfriends or hired by drug smuggling gangs.

The Thai embassy said in its posting that drug smugglers have exploited the 15-day visa exemption for short-stay tourists. Since early 2014, a large number of Thai people have been caught smuggling drugs through various airports.  Most of them are Thai women, aged 20-35, hired to be drug couriers by African nationals residing in Thailand.

“Smuggling of drugs into Japan carries severe penalties. All of the smugglers are subject to legal action. Don’t let yourselves face the same fate as many Thais who have been imprisoned in Japan,” the Thai embassy said in its notice, adding that Japan has strictly enforced the law against drugs and those found guilty are liable to at least 10 years in jail and a fine of no less than 3 million yen.

The embassy also warns that Thai travellers should avoid delivering things as asked by strangers.

Anek Sricheevachart, chairman of as association of Asean-Japan high-level executives, said he believes the problem would not lead to the lifting of the visa-free policy as Thailand and Japan have closely exchanged information on the networks of smugglers.

He said the tourism growth of the two countries has helped them benefit from economic growth.

Mr Anek believes the problem would not have much effect on tourism because the number of wrongdoers is much smaller compared to the number of millions of travellers destined for Japan.