One Million Thai Teenagers Are Suffering From Depression 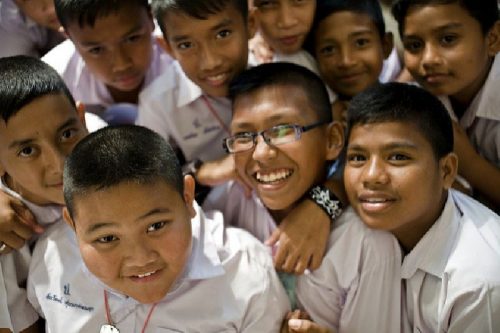 Not the happy faces of a million teenagers.

Thailand may be known as the “Land of Smiles” but an estimated 1 million teenagers suffer clinical depression, many of whom are going untreated, said the nation’s chief mental health official Boonruang Trairuangworawat on Friday.

Boonruang, director general of the Mental Health Department, said there’s a need to address problems among Thai teens aged 10 to 19 and widen their access to mental health facilities, as depression has led to violence, school dropouts and suicide.

While the estimated 1 million teenagers are believed to suffer from depression, 2 million more are at risk, Boonruang said. That would make for upward of 3 million among a population of 8 million teens.

Boonruang pointed out that youths develop different symptoms from adults when suffering from depression. This includes acts of violence, self-harm and emotional volatility, as well as substance abuse. Some become antisocial, a sign often mistaken by parents and teachers as mere unruly adolescents withdrawing from social life.

“At the same time, the particular trait of teenagers in not wanting to be identified as having problems may lead to refusing treatment. This is particularly so when facing parents who do not understand and reprimand the teenager,” said the director general of the department.

Next year, the ministry will produce guidelines for medical professionals to be able to better handle the situation.