Only In Thailand?? Drains Built ABOVE The Road 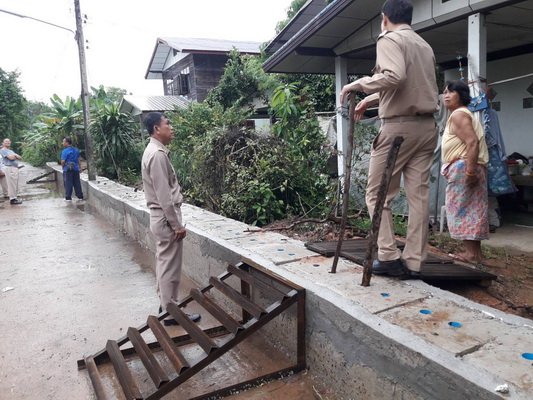 Drains built above the road.(Photo:-Manager Online)

Villagers in Kalasin province in Thailand’s north east can’t believe what the local authority have done.

Instead of putting in drains in the universally accepted position – level with the road – they have built them about half a meter above the roadway.

Now they have a wall.

Meant as a way of solving the terrible flooding in the area of Kutsim sub-district now the locals in Ban Khumkao can’t even get into their homes.

Rather than being a drain the nearly 100 meter stretch of building at a cost of 300,000 baht is acting like a flood defence wall.

Chalermwit adeptly blamed the municipal council. He said he had warned them that putting in drains above the level of the road was not the done thing.

The problem arose he said due to budgets. The road is meant to be raised up 30 cms to half a meter but there was no cash to do it just yet.

The money would not be available until November.

But rather than wait and heed his warnings they went ahead and put the drain in first.