3 people are stocktaking, 2 people are stacking shelves, 1 person is on a computer behind the counter and 1 person is trying to serve a big queue. And this is daytime. Nightime gets better when all the staff can focus on the funky loud music

`Yes` you`re in 7/11 land, where the customer rarely comes first. 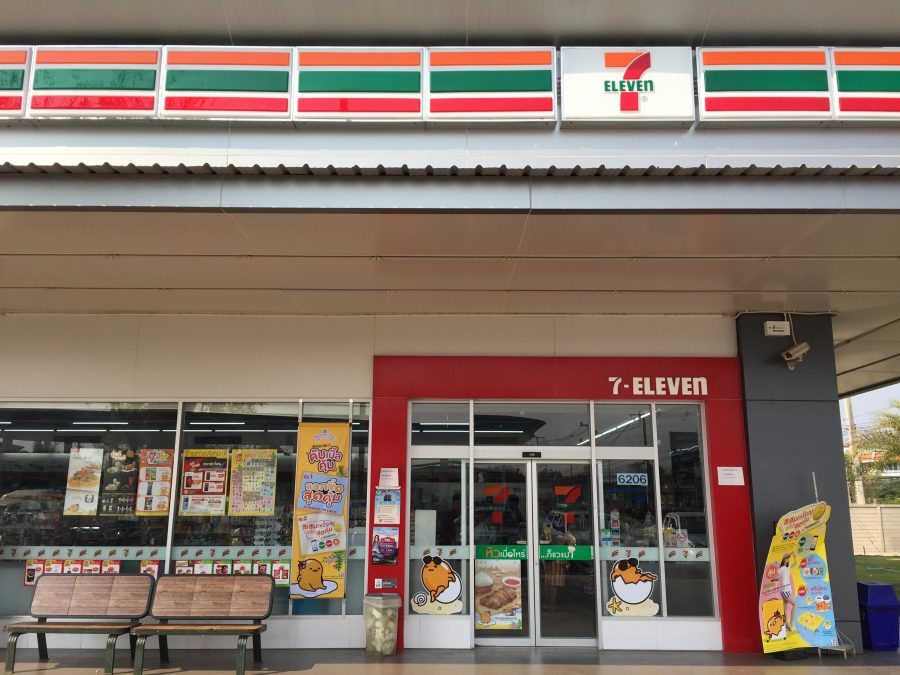 I apologise dear reader for misleading you earlier into believing queues exist in 7/11. You know `queuing`, standing in line, patiently waiting your  turn, not pushing in etc. If there`s a huddle around a till and you lose concentration for a split second, goods can be slapped on the counter from behind or from the side of you. There`s a distinct art to not losing your place which primarily involves `shuffling` nearer to the counter whilst blocking attacks from the side.

I have a love hate relationship with the ubiquitous store. On the one hand it has all the convenient stuff I need. In fact when I need petrol I`ll rarely stop anywhere that doesn`t have a 7/11. And there`s loads of them. Last count was approaching 1,000 in Thailand alone.

I`ve lost count of the amount of times I`ve felt like shouting “Could you all stop what you doing and serve the bloody customers!”. Or the different pronunciations I`ve tried of Marlboro `Silver` cigarettes. I`ve been told the Thai word for silver, but in the heat of the moment, I forget. So I often have to resort to directing the assistants arm, bit like the arcade game where you direct a claw and drop it to hook a prize.

And straws! Don`t get me started on that. I know they`re only doing their job, as per the franchise instructions, but if I hadn`t started to say `No` I could have joined them all up to the moon by now.

However, it is convenient, at all hours of the day. So they should rename it 24/7