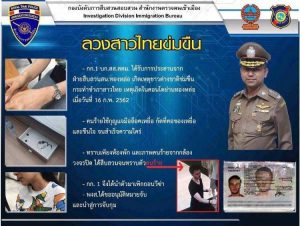 Police have arrested a Spanish man who allegedly handcuffed and raped a Thai woman in a condominium in Bangkok.

On Tuesday police announced the arrest of Mr Jorge Vazquez Lopez, 30, who was described as an internet marketer, is accused of raping a Thai woman at a condominium in Thonglor on February 15.

Police said the victim had been on a night out with a group of friends.

The victim and another friend then returned to Lopez’s condo, where she asked to use the bathroom.

When she returned, the friend had left and only Lopez was in the room.

Police said Lopez then attacked the woman, handcuffing and then raping her.

When the ordeal was finished she fled the condo and made a report with Thong Lor Police.

Thai language site Siamrath reported that Lopez had a ‘Thai Privilege Card Visa’, which is presumed means an Elite Card, which had expired on January 31st 2019.

Lopez has been charged with rape and remains in police custody.