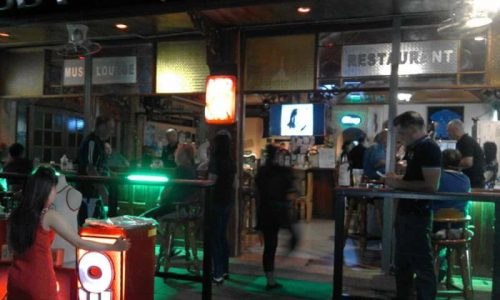 It was just about a full-house at Paddy’s Irish bar for the return of the Thai-Farang Rockers. The evening was sponsored by Leo who provided two attractive young ladies to help out the regular staff as well as spot prizes for the Leo drinkers.

The audience were warmed up by regular Paddy’s crooner Peter Dempsey as he once again had the ladies “swooning” ! 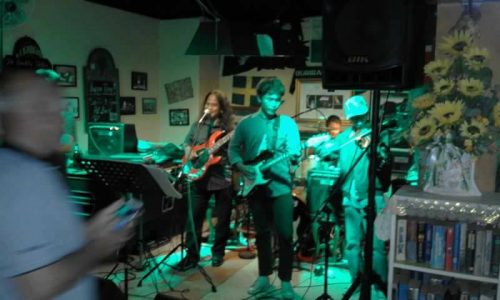 The band got under way around 7.15 pm and provided an excellent selection of western and Thai music. There were a good number of Thai ladies in the audience and they were very vocal in their appreciation of the Thai songs.

They also took every opportunity to”hit” the dance floor which was much appreciated by the males ! 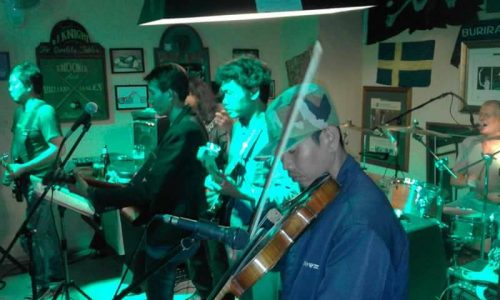 In the band’s second set they were joined by Paddy’s regular Jack on the drums whose  “Play That Funky Music White Boy and Hotel California  were well-received. The Eagles theme continued with Graham performing Take It Easy and George came up up with an impromptu rendition of Another Brick In The Wall.

The band received warm applause when they ended their performance around 10.30pm. However, the fun continued with the You -Tube Karaoke which again proved to be very popular. 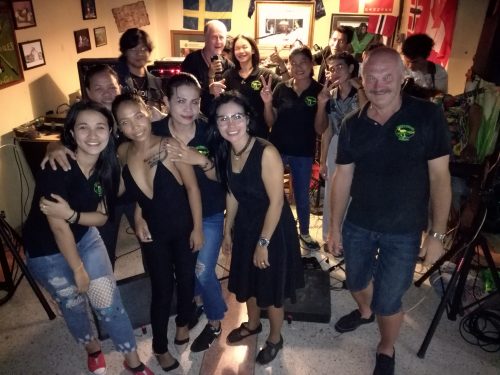 Mike, Lin and their staff.

Well done to all the bar staff who worked tirelessly to keep the drinks flowing and the thirsty patrons actually drank landlord Mike dry of large Leos. Fortunately, there were plenty of small bottles remaining.

The band will be returning to Paddy’s on Friday, December 8 and Monday December 25.