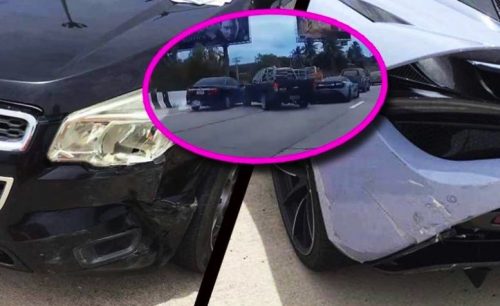 Dash cam footage from a road in Bang Pakong leading to Chonburi showed a pick-up truck collide with one of the most expensive cars on Thailand’s roads.

It is a McLaren 720S that is one of only three in Thailand and is worth more than 30 million baht.

The McLaren and a Mercedes Benz appeared to have been racing – but the Benz was no match for the “super car”.

It whizzed past Werayut Kaewkaew who said he was doing about 110-120kmph.

A Toyota Camry was also damaged in the collision.