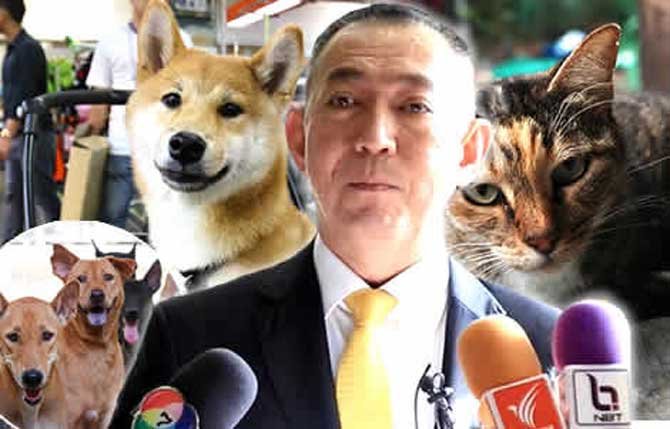 Minister of Agriculture Chalermchai Sri-on, whose ministry, on Monday, unveiled a three-year plan to wipe out rabies in Thailand through an ongoing vaccination programme.

Deadly disease reared up in 2018 due to a shortage of vaccines from 2016 and an explosion of the disease among the country’s population of wild dogs. The latest plan focuses on the vaccination of animals reaching into every locality of the kingdom with the help of sub-district volunteers.

Thailand is setting out a short three-year programme to eliminate rabies through the appointment of up to 8,600 ‘Livestock Volunteers’ across each of the kingdom’s subdistricts to ensure that all dogs and cats, whether in the streets or owned as pets, are fully vaccinated against rabies which killed 5 people in 2021 and nearly four times that figure in 2018.

Thailand’s Minister of Agriculture has launched a new initiative to eliminate rabies in the kingdom by 2025.

The new plan is based on reaching into local areas with a new army of ‘livestock volunteers’ to vaccinate dogs and cats nationally while also creating more awareness of rabies from which there is a vaccine available to all people in Thailand.