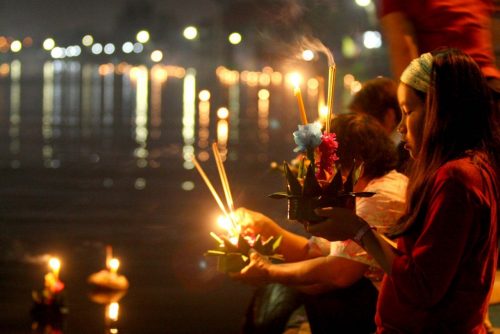 Police deputy commissioner general Pol Colonel Chalermkiart Sriworakhan held a videoconference meeting on Monday with police commanders around the country to instruct them to tighten security during Loy Krathong night.

Chalermkiart told reporters after the meeting that police have prepared security measures for the Loy Krathong celebrations around the country Friday evening.

He said the meeting was a reminder to police forces nationwide to be vigilant and enforce measures to keep people safe.

One measure is a prohibition on lighting firecrackers and fireworks to prevent harm to bystanders.

The operators of piers and passenger boats have also been told to strictly enforce safety measures for their customers, Chalermkiart added.