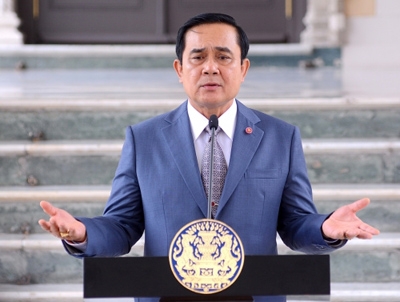 The government will ask major political parties to sign a pact , promising not to interfere with future elections and to accept the result of elections. They have set up a panel to implement this.

The new panel to bring about reconciliation is mostly made up of security officers. It has drawn praise from some political leaders, but some peace advocates have voiced concern that the make up is damaging a process that could otherwise be friendly.

The Prime Minister, at his weekly press briefing, revealed more details about the latest pact, ruling out an amnesty, which many had expected.

He said people would be invited to discuss the way forward without an amnesty at this point.

“It’s what we call a truthful social contract, under which you do what you say. For example: [with participants agreeing that] ‘We will not create conflicts anymore’, ‘We will not obstruct future elections’, and ‘We will accept the elected government’,” he said. Past conflicts were being dealt with by the courts.

Besides trying to get concerned parties to move forward together, the Prime Miinister said reconciliation would also be about long-term work for the public that political parties must help address. There would be 10 issues that they must help address, including complex land problems, wealth inequality.

The Deputy Prime Minister  stressed that any proposal that contravened the law or constitution would not be considered. He ruled out criminal cases under legal proceedings.

The composition of the panel, headed by high-ranking military, including the Defence Ministry permanent secretary, has drawn mixed reactions from peace advocates and political leaders.

The panel – moving to reconciliation in the final year before an election – will be chaired by Defence permanent secretary General Chaichan Changmongkol. It has 18 other members, mostly security officers.

They include heads of the four armed forces, plus the police chief, top defence officers, and permanent secretary of the Interior. Four sub-panels will also be set up to help the work, including heeding opinions, facilitating dialogue to boost reconciliation, implementation, and public relations, respectively.

General Chaichan called a meeting of his panel yesterday to discuss the master plan, as well as the timeframe of reconciliation schemes, appointment of subcommittees, and preparation of interview questions to ask participants.

General Ekachai Srivilas, a former member of the National Reform Council and a key person fostering previous reconciliation efforts, voiced concern on the lack of civilians on the committee.

He said he feared the domination of security officers on the panel might not foster a very good atmosphere to push for peace dialogue. Politicians and other players, such as leaders of political groups may find it uncomfortable and may not want to join.

Ekachai believed the panel could be adjusted to increase the ratio of civilians. Otherwise, bringing about reconciliation could prove difficult.

Deputy Democrat Party leader Nipit Intrasombat said he did not view the make-up of the panel as a worry – if they carry out their duties properly. Nipit said reconciliation was vital for the country to move forward, so it must be achieved. A good thing about having the military leading things was that they had the sweeping power of Article 44, which could enforce the reconciliation results.

Weng Tojirakarn, a leader of the red-shirt United Front for Democracy Against Dictatorship, also welcomed the officer-dominated panel. He said the previous enforcement of Order 66/23 by then Prime Minister Prem Tinsulanonda helped to successfully deal with a deep divide in society [in the 1980s].

Weng said the key factor was sincerity. If the junta was sincere and the scheme was not a pretence, it could yield good results.