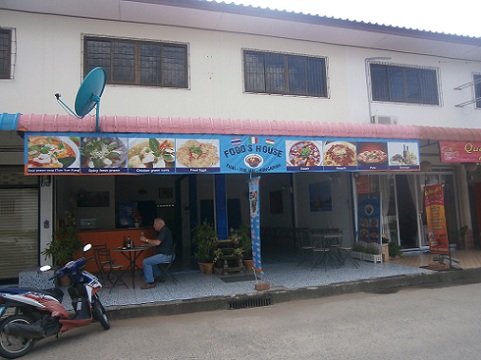 The “Buriram Times” went along on Saturday lunchtime to sample the delights of yet another recently opened restaurant in town. The Hungarian owner Szilard and his girlfriend Pim made us most welcome as we settled in to browse through the menu with a large bottle of Leo (69 baht) and soon realized that everything available was of exceptional value. 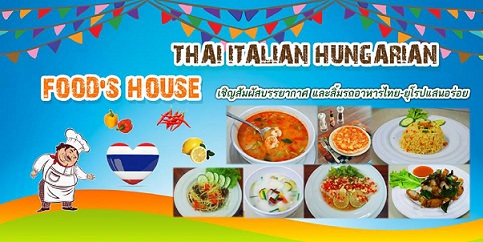 The restaurant describes itself as being a Thai-Italian-Hungarian Food’s House as was shown on the extensive menu.

We decided that if we were visiting a Hungarian restaurant we were going to eat some of their traditional dishes. 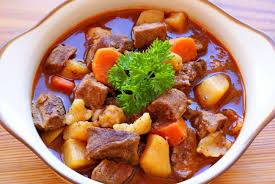 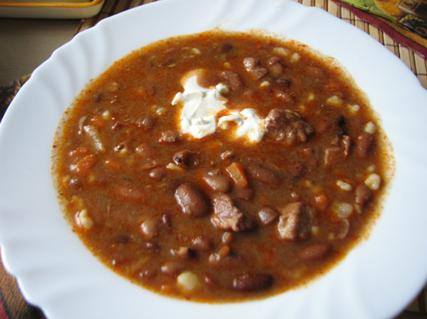 The food arrived and Frank remembered to take some photos this time. I have to admit that I do like a good goulash and this one did not disappoint. I also managed to get Frank to share some of his bean goulash which was outstanding. The langos which are home made by Szilard himself were delicious. 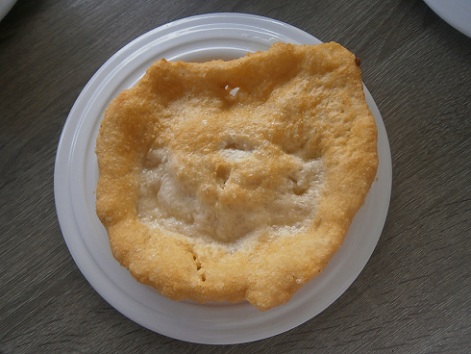 Anyone looking for quality food and good value, you should give this Food House a visit. Not forgetting it is also a bar and the beer prices must be about the best in town. 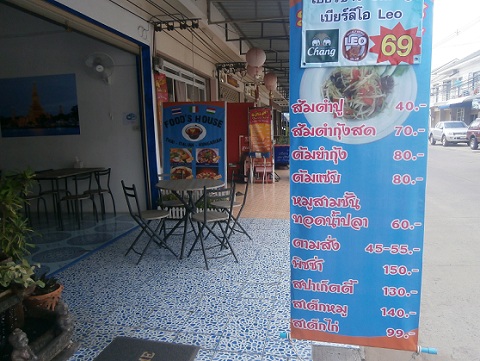 It is located on the street behind the railway station (the same spot as the previous Roma which has now relocated) with plenty of parking space usually available. 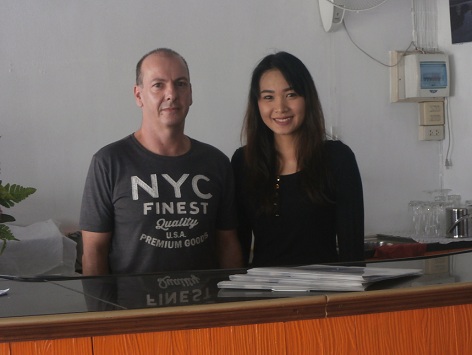 Our thanks to Szilard and Pim for their warm hospitality.