A Thai man in Buriram hanged himself after going into a spiral of depression following his retirement. 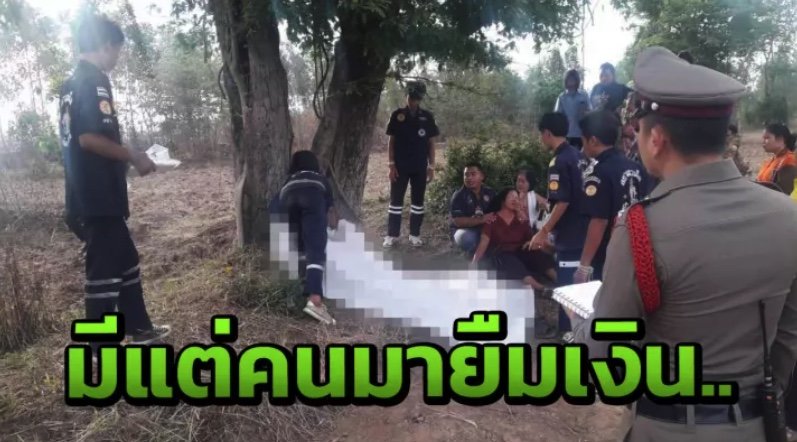 His wife said he was unhappy because people borrowed his retirement money and wouldn’t pay it back.

He had hanged himself with vines and taken weed killer. A bottle of weed killer was next to the body.

His wife Somwang Wangpha, 53, said that her husband retired from a private company in October and got a payment of more than a million baht.

He gave her one million and kept 150,000 baht for his personal needs.

But after people continually borrowed from him and would not pay him back he went into a spiral of depression losing 20 kilograms in weight and talking about wanting to die.

She kept a close watch on him with their son. But yesterday she went to the market to sell eggs and vegetables leaving her son to look after his dad.

When the son couldn’t locate his father he went into the garden to look for him – he found him with vines around his neck under the tree. He was dead.

Somwang said the family were not short of money – her husband had a monthly pension of 4,000 baht as well.