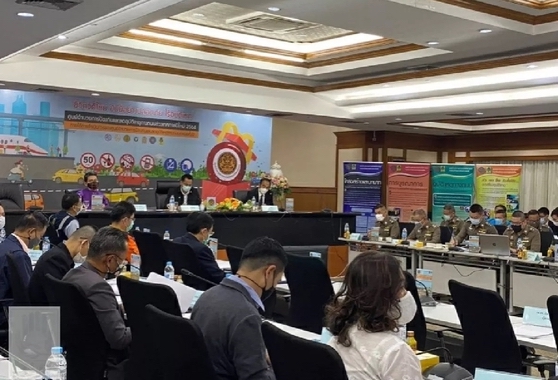 The first three days of the notorious ‘Seven Dangerous Days’ of the New Year holidays saw 186 deaths and more than 1,600 injured in road accidents, the Department of Disaster Prevention and Mitigation reported on Friday.

The road accidents occurred from December 29-31.

Thailand tends to see a huge spike in road accidents during long festival holidays because of the large number of people travelling from their places of work or business to their hometowns or to visit relatives.

“The most common cause of accidents is drunk driving (38.04 per cent), followed by speeding (34.36 per cent) and  Chiang Mai reported the most accidents with 63, while Nakhon Ratchasima had the most deaths at 13,” he added.

Chainarong added that the department had deployed officials at police checkpoints nationwide to provide roadside assistance as well as safety guidance, especially at mountainous tourist attractions which are mostly covered with fog that could limit visibility and could cause accidents.

“Officials have also been instructing travellers to follow Covid-19 preventive measures and maintain social distancing to prevent the outbreak from spreading inter-provincially,” he added.