The accumulated death toll rose to 256 on Tuesday, the fifth day of the “seven dangerous days’’ of New Year holiday travel, with Bangkok recording the most deaths.

A total of 256 died and 2,588 injured in 2,529 road accidents across the country from Dec 27 to 31, Veera Khengkasikarn, inspector-general of the Education Ministry said on Wednesday.

On Dec 31 alone, a total of 42 people were killed and 567 injured in 542 road accidents across the country.

Road accidents killed 45 people and injured 2,523 each day on average from January to October 2019, according to data compiled by the central road accident claims company, Road Accident Victims Protection Co. 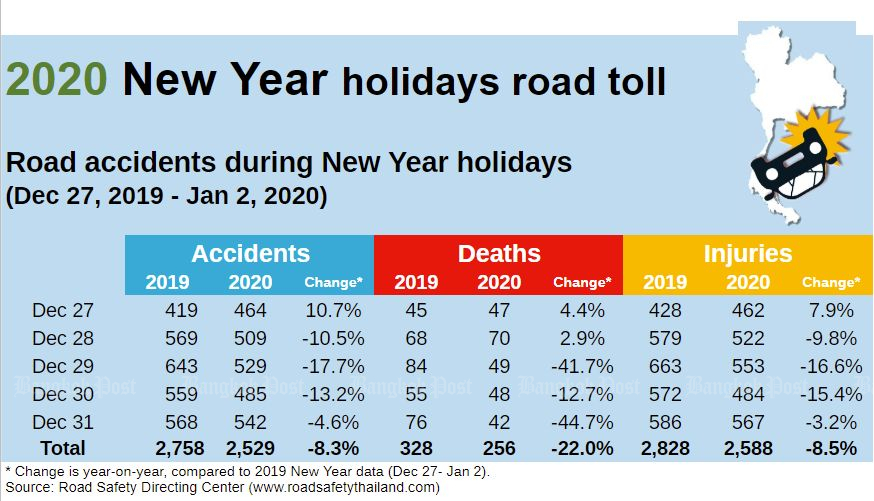 Mr Veera said many revellers were expected to start returning to Bangkok on Wednesday. Traffic on main roads would be heavier, he warned.

The other top two offences sent to courts during the New Year holidays were driving without licences (2,947) and driving under the influence of drugs (259), said Mr Suriyan.