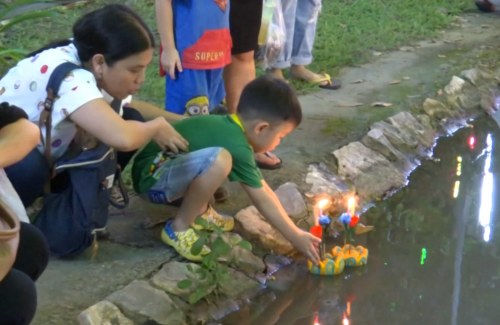 Strict restrictions and requirements have been placed on the use of fireworks during Loy Krathong this year.

Deputy Prime Minister Gen Prawit Wongsuwan has led a meeting on security measures for the Loy Krathong Festival, calling on all relevant agencies to care for the lives and property of citizens, emphasizing places where candles and fireworks are to be used.

A new regulation requiring that firework use be authorized by the Ministry of Interior has prompted a memo be put out by Interior Minister Gen Anupong Paojinda to provincial governors, explaining to them that any fireworks, floating lanterns or flames must be strictly controlled during the celebration.

District administrations have been empowered to consider and authorize use of any materials resembling fireworks. They are to publicize that violators of the rule will be subject to up to three years in prison and a fine of up to 60,000 baht. Checks will be performed on entertainment venues, ports and docks in preparation for the festival.

Ministry of Defense Spokesperson Lt Gen Kongcheep Tantrawanich made known that security agencies have coordinated intelligence on possible acts of violence during the holiday and prepared measures to protect areas of revelry. Facilitation of revelers will also be provided. Citizens are asked to cooperate with authorities during the festivities.