A while back we did a series of articles on snakes in Thailand. We are now going to look at a variety of creepy-crawlies that may or may not be harmful to humans.

These can be the size of your hand and they are surprisingly quick. Strangely, the smaller they are the more painful the sting since the poison in their bulbous tails is usually more concentrated. The legend is they are attracted by the smell of stale beer so get rid of empty bottles swiftly.

The female gives birth to live young. She carries the pale young scorpions on her back for the first few days or weeks, until they are strong enough to become independent. The young then disperse to find food and shelter. Scorpions take a long time to reach maturity, moulting frequently (up to five or six times over two to six years) in order to grow, and may live for two to ten years. Some have been recorded as living up to 25 years.

Scorpions eat a variety of insects, spiders, other scorpions and lizards. They also eat small mammals, such as mice. Scorpions must have water to drink, but they can survive for months without food. They are usually nocturnal, staying in burrows or hiding in dark places during the daytime.

Scorpions use their pincers to capture and crush prey. They use their stingers to inject neurotoxic venom into their victims. As a result, their prey becomes paralyzed, making it easy for the scorpions to eat without any difficulty. Sometimes, scorpions can easily kill prey without any injection of venom at all.

Black Scorpions, the most common variety in Thailand, very rarely deliver a fatal sting and aren’t thought of as a serious health risk. In fact, compared to their lethal cousins in Mexico and the Middle East the sting is said to be mild.

Prompt hospital treatment is recommended, however, as some people suffer severe allergic reactions. In a recent case, a Welsh man died in his home country many weeks after being stung in Thailand. 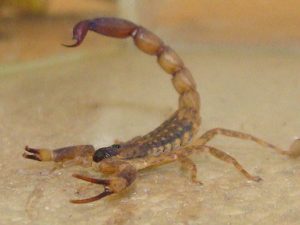 These fearsome-looking creatures are anything but and pose no threat whatsoever. Unless you are planning to eat them, just let them go about their business.

However, their smaller cousins are a different matter. Whilst the venom is rarely fatal, stings can be very painful. Always check shoes before putting them on, especially if they are left outside.

Some bad boys to avoid :- 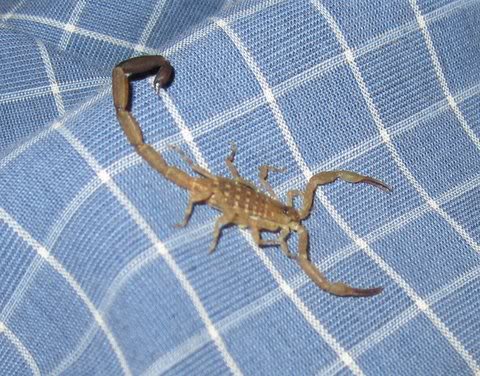 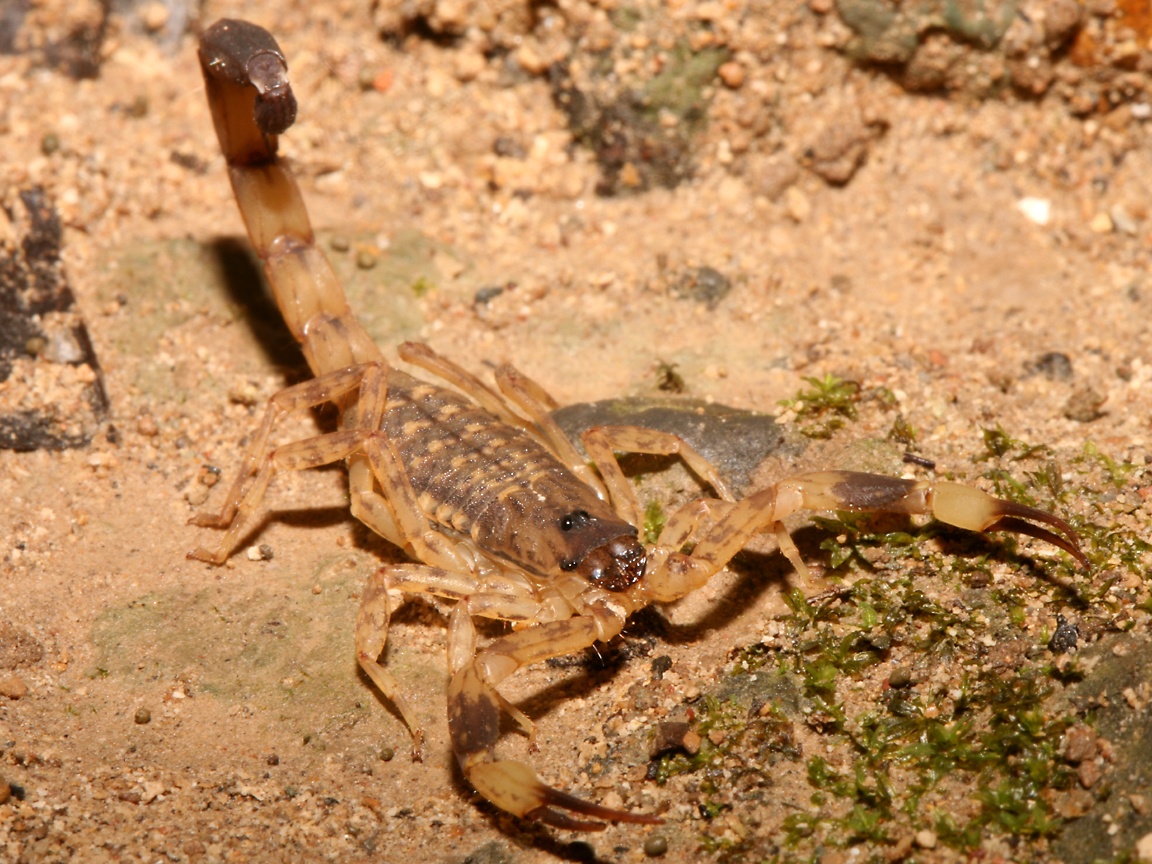 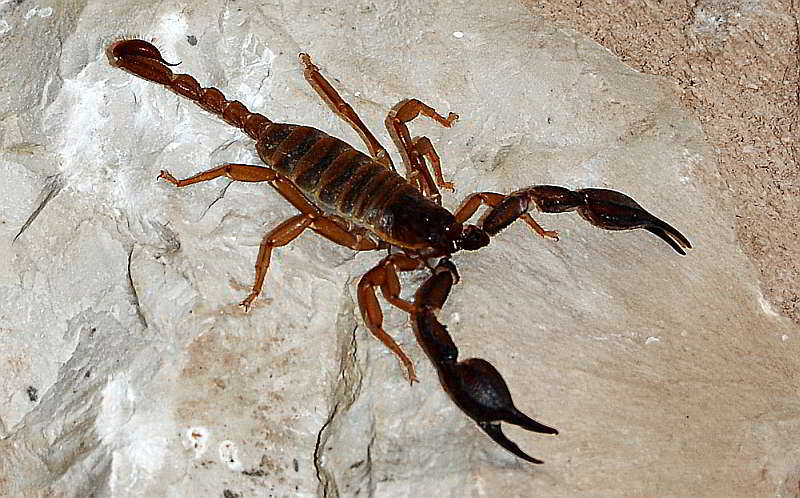