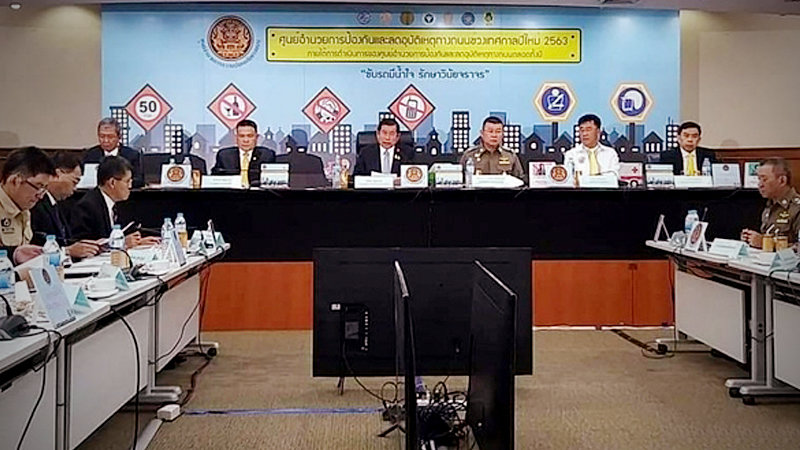 The annual “seven dangerous days” of the New Year holidays have ended with 373 deaths and more than 3,000 injuries on roads across the country, the Department of Disaster Prevention and Mitigation announced on Friday (January 3).

Deputy police spokesman Pol Col Kritsana Pattanacharoen again blamed the spike in road accidents from December 27-January 2 on the huge number of people travelling to and from family gatherings.

Almost a million vehicles were stopped for inspection and 230,306 persons ticketed, most for not wearing a helmet or having no valid driver’s licence.

More than 26 per cent of the accidents occurred between 4pm and 8pm, with 63.7 per cent taking place on highways and 39 per cent on district and local roads.

“Songkhla saw the most accidents – 116 – while Bangkok witnessed the most deaths – 15 persons,” Kritsana said. “Songkhla also had the most injuries, with 121. Six provinces saw no fatal accidents – Trat, Phayao, Mae Hong Son, Yala, Lamphun and Satun.”