Sharp Increase In Covid-19 Cases In Provinces ‘Cause For Concern’ 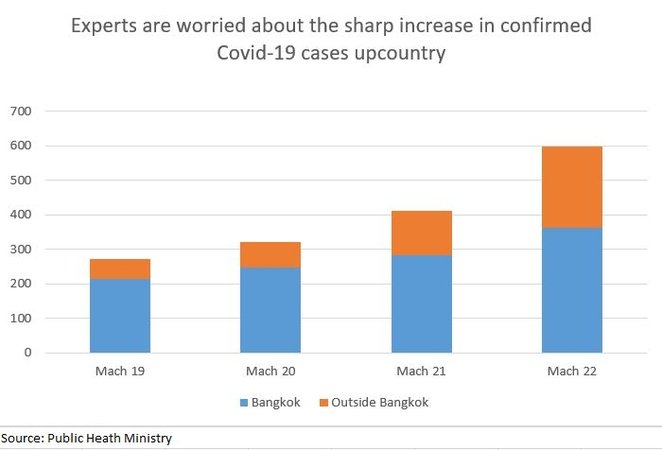 The ministry officials also expressed concern that the temporary closure of locations in Bangkok and its surrounding provinces will cause many people to transfer to other provinces.

The Department of Disease Control has sought the cooperation of each provincial admission office to make a search and surveillance plan at the district and village levels to ask people to stay at home and stop travelling.