Shocking Figures In Report On Children Drowning In Thailand 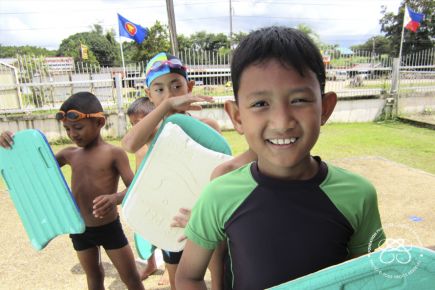 A recent report has revealed that drowning is the biggest killer of children in Thailand during the period 2006 to 2015. Even more tragic is that the majority of these cases were avoidable.

The report released by the Public Health Minister stated that the number of drownings was more than both dengue fever cases and road accidents. A staggering 10,923 children under the age of 15 drowned during that period.

Most cases were swimming accidents in water retention facilities such as excavated ponds and resevoirs. Both of these tend to be very deep, particularly excavated ponds, often having no fencing or nearby life-saving equipment.

Most astonishing, is the fact that more than 400 children under 5 died in buckets, tubs and fishtanks filled with water in their own homes.

Children have always been attracted to water and always will be. It is up to parents and all responsible people to try and reduce the number of these tragedies.

Never leave young children unsupervised in or around water. Try to remain vigilant at all times when children are playing in water. It only takes a few seconds for the unthinkable to happen.

Do you have ponds in your village or in the locality ? Are they fenced ? Are there lifebelts readily available ? If the answers are no, is there anything you or a group of you can do to help?

During the rainy season the ponds, resevoirs and even ditches fill up so now is a particularly good time to consider the dangers.

Try and keep drumming it into young children that whilst water can be fun, it can be very dangerous. Don’t wait to be given an unwelcome reminder.

Logistics – This Is Thailand