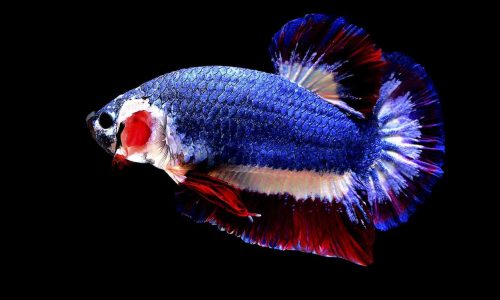 Fancy some chips with this little beauty ? Well it would set you back 53,500 bht !! The Siamese Fighting Fish is the first to have been bred in the colours of the Thai national flag.

The price is believed to be more than double the previous record for the species.

Photos of it went viral after breeder Kachen Worachai, 40, posted them on a private auction group on Facebook.

On the second day of the auction, bidding had reached 10,000 baht. The opening bid price had been 99 baht.

The chance of getting a fish with the flag’s exact colour is about one in 100,000, according to Kachen. He added that so many people have tried to breed the Thai flag colours. Luck was really on his side.