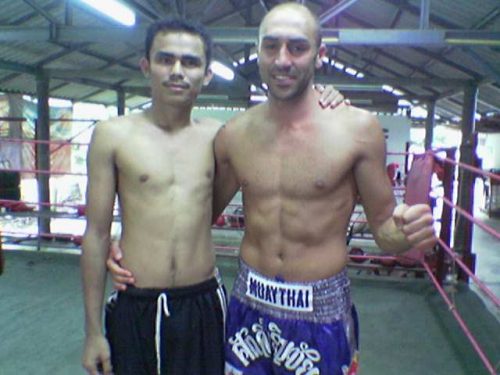 Muay Thai for foreigners could be big tourist attraction.

The Permanent Secretary of the Ministry of Tourism and Sports is ready to to promote boxing as a field of tourism that can generate annual income to the country, supporting interested foreigners and tourists who are interested in learning Muay Thai.

Permanent Secretary of the Tourism and Sports Ministry Phongphanu Sawetrun disclosed that he visited Tiger Muay Thai in Phuket which provides boxing training to foreigners and Thais.

He found out that there are currently many foreigners who are taking Thai boxing in Phuket, and adds that this is an opportunity that can generate large annual revenues to the country.

He said further that there is an increased number of Foreigners are becoming more interested in picking up Thai boxing, and this target group is also in the category of quality tourists.

Each person will spend a long time on learning and practicing Thai boxing and some of them will stay for about a year, so their spending is usually 50 percent higher than regular tourists.

Thai boxing is a main activity in sports tourism and there is great opportunity in promoting it, as it is another type of tourism that can increase the country’s revenue in the future.