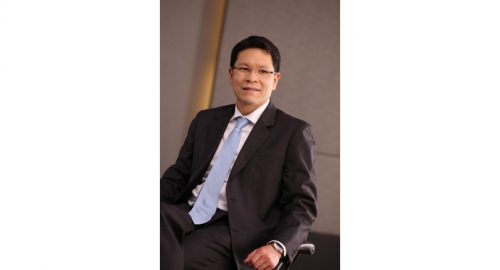 The strengthening of the baht against the US dollar has put the job of central bank governor Veerathai Santiprabhob at risk, and put pressure on millions of farmers who are suffering from volatility in the financial market.

Financial turbulence has cost the jobs of some of Veerathai’s predecessors, as it is not unusual for central bank governors to be fired by governments.

Even though there is quite a clear line between monetary policy and fiscal policy, the Finance Ministry often crosses that line, leading to the removal of central bank governors who are deemed not to support government economic policies.

One again, the Finance Ministry has expressed concern over the adverse impact of the stronger baht on exports and the economy, and the ministry’s permanent secretary, Somchai Sujjapongse, has called on the central bank to cut its policy rate in order to weaken the baht.

The baht has moved up against the US dollar by about 8 per cent since early this year, having appreciated the most among regional currencies.

In response, Veerathai said he was not greatly concerned over the baht’s movement since it is in line with other currencies in the region.

“Somchai’s statement misleads and disheartens people in regarding to the health of the economy,” Veerathai said while giving an exclusive interview to Nation Multimedia Group.

He pointed out that the Finance Ministry has many tools to boost the economy and does a good job in supporting its further expansion. The government will still run a large fiscal deficit next year, suggesting that fiscal policy still plays a key role in economic recovery, he said.

Veerathai has emphasised that the central bank has to balance the shortterm goal of economic expansion and the longterm goal of financial stability.

Monetary policy is effective to solve the macro picture of the economy, but it is not effective to target specific issues in economic sectors, he said.

The Bank of Thailand could not act like development banks such as Government Housing Bank that could provide funds to help people on middle or lower incomes to own homes, he said.

Nor could it be like the Government Savings Bank and Bank for Agriculture and Agricultural Cooperatives, which lend to lowincome people, small businesses and farmers across the country.

Veerathai is more optimistic about the economy’s outlook and expects it to continue to expand. As a result, he believes that the current policy rate of 1.5 per cent accommodates economic growth.

However, others see emerging risks. The United Nations Conference on Trade and Development (UNCTAD) last week warned of the possibility of an unsustainable global recovery. Global trade is still sluggish as developed countries no longer provide net demand stimulus.

The report says commodity prices are once again showing signs of weakness after a brief recovery early this year. This will affect developing countries relying on the export of commodities.

The National Economic and Social Development Board, a state thinktank, also expressed concern over the income of farmers as the price of farm products decreased 4.2 per cent on average during May and June. This trend is expected to continue for the rest of the year, especially for those producing rubber, maize and sugar cane.

This is a cause for concern because out of 37.5 million employed people in the second quarter of this year, 11.6 million were employed in the agricultural sector.

Farmers fight not only tropical storms but also financial storms in the global market that shoot up the value of the baht and potentially dampen the export of rice, rubber, sugar and other farm products. A stronger baht makes these products more expensive than those from competing nations.

Market dynamics probably put it beyond the central bank’s ability to steer the course of the baht at will.

The UNCTAD has long been calling for the regulation of shortterm financial flows, but so far no concerted action has been implemented.

What Veerathai can do is closely monitor banks that facilitate highly speculative currency activities, advise exporters to hedge against currency risks, encourage them to quote in currencies other than the US dollar for international trade, and urge local producers, including farmers, to produce high quality goods in order to be competitive.

“In the long run, if the economy continues to expand, a stronger baht would benefit the Kingdom, as the baht purchasing power will increase along with the value of Thailandbased assets,” asserted Veerathai.

He makes it clear that a rate cut would not necessarily lead to a weaker baht, as investors have more confidence in Thailand’s economy, tourists still flock in, and the country still runs a current account surplus.

Time will tell whether Veerathai will be fired or forced to resign.