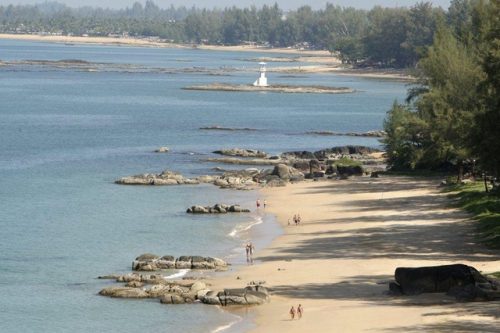 While Thailand is considered a paradise by tourists, for many local children it is a hell as they suffer sexual abuse. (Keystone)

A Swiss man accused of abusing more than 80 children in Thailand for over a decade has been fined and sentenced to 16 years in prison by a Swiss court. He will also be forced to undergo psychotherapy.

The court in Gruyère, canton Fribourg, on Thursday found him guilty, notably of human trafficking and sexual acts with children. He had also been accused of exploiting them in order to take pornographic images and for prostitution.

During his trial, the prosecutor had said the 72-year-old from Lucerne had acted with perversity and contempt, denying the humanity and dignity of the children, some of whom were only ten when first abused.

The man had already been convicted for abuse of minors in cantons Fribourg and Valais in 1980 and 1991. He fled Switzerland but was tracked down to Thailand by Valais police.

After serving his sentence in Switzerland, he returned to Thailand in 1996. The majority of his criminal acts were committed between 2002 and 2013. He forced his victims to perform sexual acts on each other, on him or on European clients who visited his bar, which included a hotel room.

On Thursday, the court said the man would have to pay the three victims compensation, but an amount was not revealed.

The court said the man had treated his victims as goods and sex toys and had never shown any remorse.

Times comment:- Some stories are difficult to cover and this is one of them. Suffering sexual abuse as a child will leave permanent scars that no amount of money can compensate for. It is impossible to understand these monsters and it is a great pity that this piece of garbage will not be sampling the “delights” of a Thai prison.