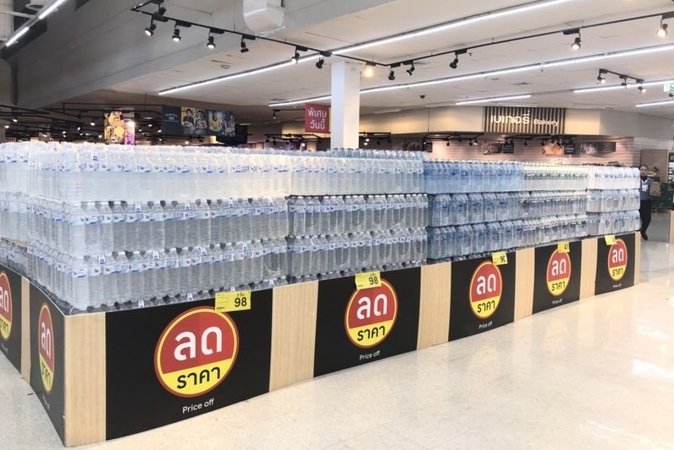 Tesco Lotus has increased the production of bottled water under its own brand, and also ordered bottled water of other brands to sell at its branches nationwide, in response to the drought this year (2020), which is predicted to be more severe and longer than in previous years.

The retailer’s corporate affairs director, Salinla Seehaphan, added that the stocks of bottled water will be 50 per cent more than normal.

Tesco Lotus said the move to stock more bottled water at its stores is aimed at ensuring there would be enough water to serve the demand of people around Thailand in the drought season.

Moreover, to help its customers save expenses, Tesco Lotus is offering bottled water at a discount from January 11 to March 4. This promotion is available at all branches and Tesco Lotus Express, she said, adding, Tesco Lotus also has collaborated with some of its partners to reduce the transport time of bottled water, by sending them directly to its branches.

Meanwhile, amid the high pollution levels in Bangkok and its nearby provinces, Tesco Lotus outlets have stocked N95 masks for people to protect themselves from PM2.5 dust particles. The masks are available at all branches of Tesco Lotus, including Tesco Lotus Express.