Thai Airways International (THAI) Apologise For Having Cockroach On Flight 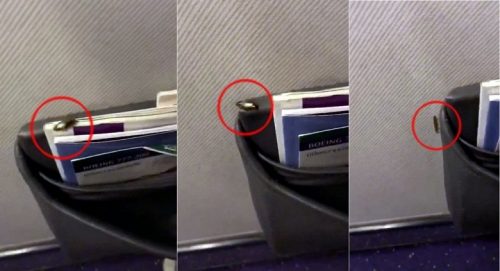 Thai Airways International (THAI) has apologised for flying with a cockroach on board a flight from the Japanese city of Sapporo to Bangkok last week.

Facebook page @Hokkaidofanclub on Monday posted a video clip showing a live cockroach on the flight from Chitose Airport to Suvarnabhumi Airport on Friday.

In a statement issued by THAI on Tuesday, it said the company had a normal cleaning process for each plane, both when it reached a destination and before its next flight.

There is also a big cabin clean during flight breaks and deep cleaning during scheduled maintenance, it added.

However, following the incident on TG671, it has increased the frequency of cabin big cleaning on its aircraft.

As to the plane in which the insect was found, it had passed the normal cleaning process when it landed at Suvarnabhumi on August 31, THAI said.

Moreover, the aircraft in question today additionally passed its cabin big cleaning and will receive deep cleaning during scheduled maintenance tomorrow, it added.

For measures to get rid of cockroaches, the carrier has now placed cockroach traps and used gel to trap the insects, as well as spraying an insecticide not harmful to humans, THAI explained.