Thai Airways Rated As Best Economy Airline In The World 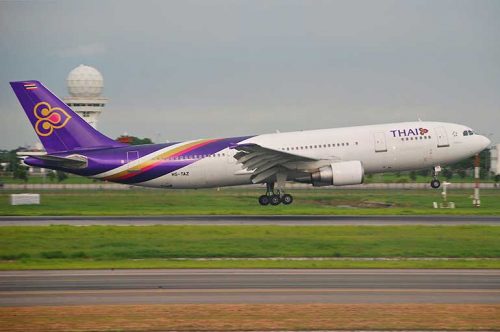 Thai Airways International has been rated among the best airlines in the world by airline review firm Skytrax.

Earlier this week Skytrax held its ‘World Airline Awards’ at the Paris Air Show, with Thai Airways claiming the title of World’s Best Economy Class, along with awards for Best Airline Lounge Spa Facility and Best Economy Class Onboard Catering.

Air Asia and Air Asia X were the other regional airlines to win awards.

Globally, Qatar Airways beat Emirates to the gong of best carrier, ahead of Singapore Airlines in second and ANA All Nippon Airways in third.

Emirates were in fourth, while Cathay Pacific, EVA Air, Lufthansa, Etihad, Hainan Airlines and Garuda Indonesia made up the top ten.

World’s 20 best airlines according to Skytrax

A full list of award winners can be found here: http://www.worldairlineawards.com/Awards/a_z_airline_winners.html