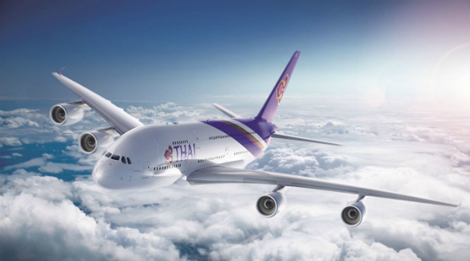 Thai Airways have promised a full investigation after a flight from Zurich to Bangkok was delayed for more than two hours.

Many people online were demanding: Who was to blame?

An argument developed with two first class passengers who were asked to give up their seats to what is known as “deadhead pilots”. These are staff going to another destination to take up duties.

The question is whether the pilot of the plane can demand that paying passengers give up seats to accommodate such crew.

“Trollydollysaysit” online states:  “A deadhead is an airline crew member, a pilot or a cabin crew, who is assigned to fly to a particular destination to assume a duty. … However if the flight is full, a revenue passenger or a non-rev crew cannot bump off a deadhead”. (Not too sure what that means !)

In the case of TG 971 from Switzerland on October 11th the pilot refused to fly until the situation was sorted out.

Senior executive at Thai Airways Sumeth Damrongchaitham said that this was a serious case and promised a full investigation into the matte on Friday.