An eventful week in Thai Volleyball with huge controversy and a thrilling victory today.

Firstly, apologies that I got over excited last Sunday and thought that the Thai Ladies volleyball team had already qualified for Rio in what is quite a complex qualification process. 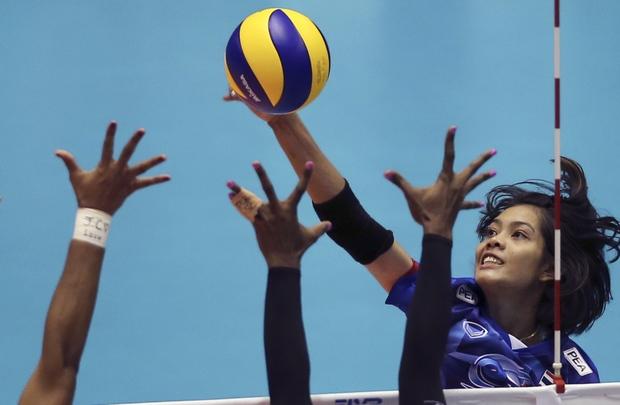 There’s been a lot of controversy this week surrounding the game with Japan, as you may have seen – it sparked outrage on social media.

The controversy with Japan centred on the Thai attempt to call a time-out and swap a player. When the signal didn’t reach the referee, the Thai team protested but the official then bizarrely awarded a point to Japan, a decision that lost Thailand the match. It turns out that the problem with the signal was as a result of a malfunctioning tablet computer provided by the Japanese, sparking even more outrage.

After beating Kazakhstan and then South Korea today, Thailand ladies must beat Peru tomorrow to keep their hopes of qualifying alive. Prime Minister Prayut Chan-o-cha hailed the Thai team after they came back from a two-set deficit to snatch victory.

I can’t help thinking that Thailand should already be going to the Rio games but they must now rely on Japan losing to qualify. All the same it looks set to be another exciting match tomorrow and we wish Thailand ladies the best of luck, the country is rightly proud of their world class team.