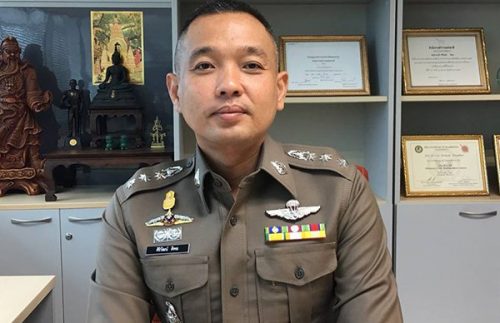 The Thai tech police have warned the public that there are consequences for posting and sharing fake news.

Pol Col Siriwat Deephor was speaking in the wake of a false story in which government lottery vendor “Peet” claimed that one of his customers won 90 million baht in the lottery.

Khok Kham police successful applied to the court for a warrant for his arrest.

Pol Col Siriwat said that the public should not just share anything they see without thinking about its veracity.

People should use their judgement about sources of news and act with restraint.

Or they could find themselves behind bars or paying hefty fines.

In another high profile case recently many people were arrested for sharing news about the alleged Koh Tao rape case and two people are being sought for posting fake news.

Times comment:- This is where the journalist’s friend “allegedly” comes into play.