Hugely popular Thai musician  and cultural icon, Seksan Sukpimai, better known as Sek Loso, was given a two-year suspended jail sentence after being found guilty of assaulting a woman in April this year. 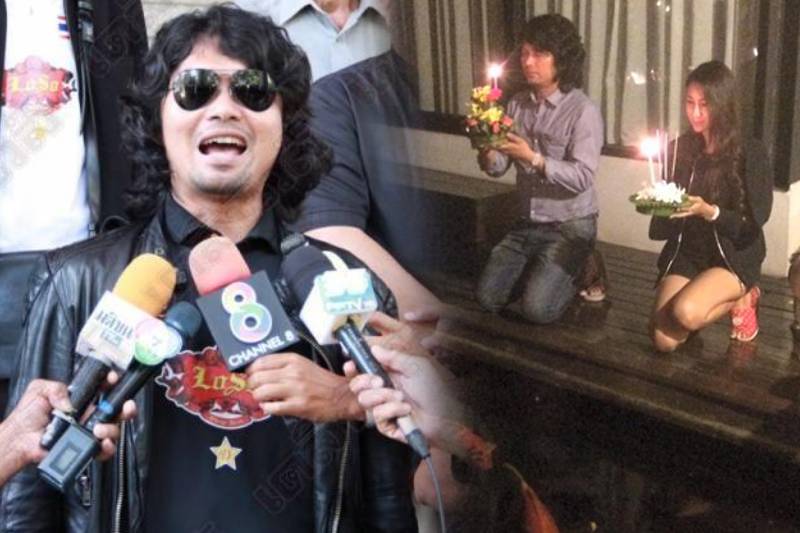 Sek is lead singer with band Loso – one of  their most popular songs being “Som Sarn”, which features an acoustic guitar intro that is widely recognized in Thailand.

The original sentence given was two years and six months in prison for assaulting and seriously injuring Ms Chanokchol “Bee” Boonpeng, his ex-wife personal assistant on April 13 in Raminthra area of Bangkok.

The court reduced the sentence by half to one year and three months and a 2,000 baht fine but this was suspended for two years as he had pleaded guilty.

Sek’s ex wife Wiphakorn “Kan” Sukpimai had posted a picture of him kicking Bee, who was admitted to hospital with a broken left jaw.

Kan said she was horrified Sek assaulted her assistant while in the presence her younger sister, Kae, and the couple’s teen daughter, Kwang.

Sek’s associate Sahachart Poonsri who also faced the same charge was also given two years in jail but commuted to one year. His jail sentence was also suspended for two years.

During the probation period, both were also ordered by the court to do charity work three times in the first year.

Source and thanks to: Thai PBS