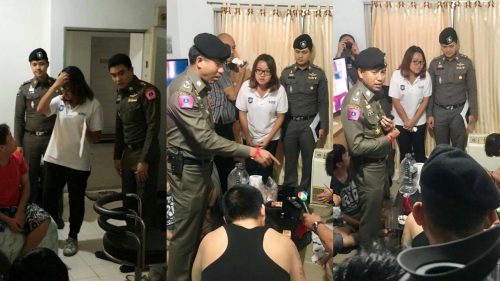 It was as much a raid on people who have overstayed as those involved in crime.

There were no passports at the premises with those arrested claiming they were extending their visas.

Video and communications equipment was taken into evidence.

Surachet said that the raid was under ministerial orders to crack down on the estimated 200,000 over-stayers in Thailand but in this case the illegal immigrants were involved in serious crime also.

The chief said that 89 arrest warrants were being acted upon to round up over-stayers.