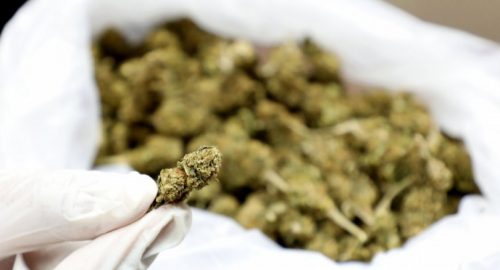 Legal Marijuana on the way?

Thailand is moving closer to getting medical marijuana legalised, as the bill on the issue has already made headway in the legislative process.

On Friday, the National Legislative Assembly (NLA) approved the bill with 145 votes allowing marijuana to be used for medical and research purposes. Nobody attending the NLA session objected to the bill, and only one legislator abstained.

The NLA’s Somchai Swangkarn said a vetting committee on the bill has also been established.

“We believe the NLA will take 60 days to deliberate this draft,” he said.

Over the period, he also expects relevant authorities to sort out cannabis-related patent issues after several civic organisations expressed concerns that all patent applications submitted to the Intellectual Property Department came from foreigners. If this is true, then once medical marijuana is legalised, foreign firms may monopolise the market.

“Government agencies should find ways to ensure that foreigners will not keep Thais away from the benefits of marijuana and kratom [Mitragyna speciosa],” Somchai said.

NLA member Kitti Wasinondh hopes the assembly’s deliberation will ensure that the new law for medical marijuana can facilitate research in both public and private sectors.

“Even the government should not be allowed to monopolise the benefits of marijuana,” he emphasised.

Research has suggested that cannabinoids can be useful in the treatment of Parkinson’s, Alzheimer’s, cancer and more.

With the prospect of marijuana being legalised for research and medical purposes, the Government Pharmaceutical Organisation (GPO) and some government agencies have, in fact, already launched a study in preparation for the development of marijuana-based medicines.

The police handed over 100 kilos of confiscated marijuana to the GPO last month for the use of research.

However, the marijuana taken from drug rings is unfit for medical use as traces of pesticides, and heavy metals showed up in lab tests conducted by the Medical Science Department (MSD).

All three samples of marijuana from the confiscated lot contained insecticides – namely chlorpyrifos, and cypermethrin – as well as traces of lead, mercury, arsenic and cadmium. In fact, one sample had both insecticides, as well as arsenic and mercury.

MSD was told to conduct tests as GPO is looking into the possibility of using cannabis to develop sublingual drops for patients.

Opas Karnkawipong, MSD director-general, said on Friday the seized marijuana could not be developed into medication because it contained chlorpyrifos, a chemical farmers use to deal with pests.

Exposure to chlorpyrifos can affect the nervous system, causing nausea, vomiting, muscle cramps and even respiratory failure, he explained.

The GPO, meanwhile, has come up with two measures. They will seek more cannabis from the police Narcotics Suppression Bureau for lab tests, as well as prepare planting cannabis at an indoor growing area in GPO’s building in Rangsit Klong 10.

“Cannabis plants, especially female ones, contain a lot of useful cannabinoids, but they attract lots of insects, so farmers rely on pesticides.

“However, if we want to grow it for medical use, we must not use these chemicals,” said Nuntakan Suwanpidokkul, director of GPO’s Research and Development Institute.

Nuntikan also promised that by May next year, GPO would have “something tangible”.