Thailand Named In Top 10 Places In The World To Retire 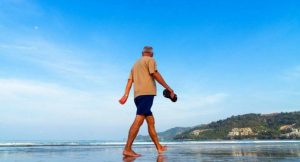 Thailand named in top 10 places in the world to retire

Thailand has again been named in the top 10 retirement destinations in the world and No 2 in Asia.

The list is part of an annual report published this month by International Living magazine and names Panama as top retiree destination. Malaysia comes in fifth but Thailand sneaks into the top 10 at No 9, pushing evergreen retirement favourite Spain into 10th place.

Nestled between Myanmar, Laos, and Cambodia, Thailand enjoys the warm-water coastlines of both the Andaman Sea and the Gulf of Thailand. The Kingdom has never been colonised by foreign powers, so Thai culture is untouched, rich and ancient. What’s more, it’s ideal for expat living, reckons the International Living report.

The list considers factors such as culture, weather and living conditions. There are lots of options in the countries named in the top 10 for living in coastal as well as mountain areas. Reasonable rents and the choice of living both the high life and a more modest existence were other main factors.

For Thailand, the report lists the many choices for retirees on both the Gulf and Andaman coasts, ease of travel to bordering nations as well as the interesting culture.

Tourism Authority of Thailand chief Yutthasak Supphasorn says it is a deserved award pointing to all the reasons Thailand is wonderful for those in retirement.

“It is great news. Really there are many provinces where retirees decide to settle in Thailand”.

He pointed to Chiang Mai, Nakhon Panom and Nong Khai in particular, where the attraction of wonderful nature, quiet surroundings and the possibility of economical living all make for fantastic retirement opportunities.