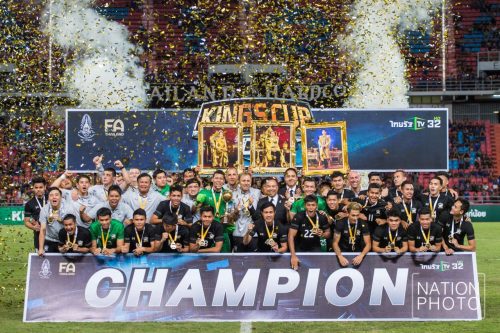 Thailand won a close encounter with Belarus with a 5-4 penalty shoot-out victory over Belarus. Kawin saved the visitors’ fifth penalty and Siroch held his nerve to fire high into the net to give the War Elephants the win.

The game finished 0-0 after ninety minutes and it was a tight affair with neither side creating clear-cut chances. Thailand more than held their own against a side sixty places above them in the FIFA world rankings which gives them hope for the future.

Former skipper Theerathon was named man-of-the-match after a solid display, both in defence and attack.

In the match for third place, Burkino Faso defeated North Korea 4-3 in another penalty shoot out after the game finished 3-3 in normal time.