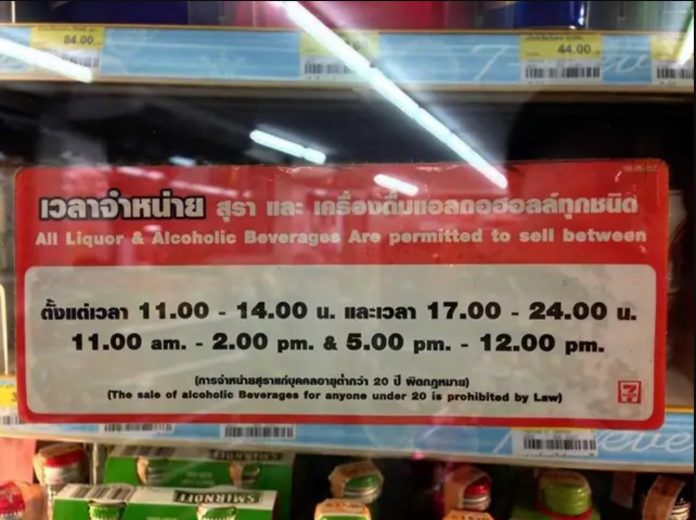 Thailand should end the ban which prevents alcohol sales between 2pm and 5pm in order to help boost tourism.

According to Atavit Suwannapakdee, secretary-general of Thailand’s Kla Party, the rule, which is part of the Alcoholic Beverage Control Act, is outdated and should be scrapped.

Mr Atavit said the rule was originally introduced in 1972 to prevent civil servants from drinking in order to encourage them to be more productive.

Mr Atavit said that no other countries in the region have such rules regarding the sale of alcohol and that they continue to present an obstacle for tourism operators.

The news comes after the Centre for Covid-19 Situation Administration (CCSA) on Friday (June 17) announced a partial lifting of the 2pm to 5pm alcohol sales ban at certain venues.

According to Tourism and Sports Minister Mr Phiphat Ratchakitprakarn, hotels, restaurants and other tourist attractions will be able to sell alcoholic beverages between 2pm and 5pm from July 1.

Mr Phiphat said the move will be a huge boost for the tourism industry, which is expecting between 7.5 million and 10 million tourists to arrive in Thailand before the end of the year.

However, Mr Phiphat said the 2pm to 5pm would still apply to the sale of alcohol in convenience stores and supermarkets, at least for now, or until more research on the issue is conducted.