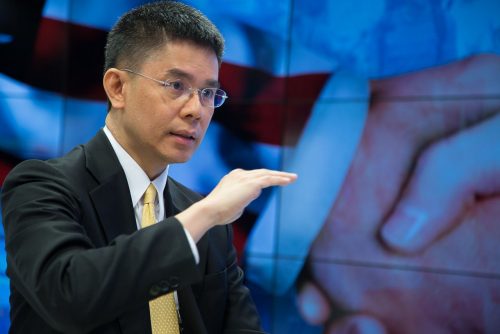 Thailand’s strategy of staying neutral in world politics may become more difficult as competition between the superpowers increases, according to international relations expert Panatan Wattanayagorn.

The Indo-Pacific region, covering the area from the Middle East to the East Asia, has been targeted by superpowers – the United States, China, Russia and India – because of its large economy, abundant sea lanes and rich resources, he said.

Thailand’s positioning of itself in such an atmosphere was important because a wrong move could have negative consequences, Panitan said in his opening remarks at a discussion titled “Roles of the Superpowers that Impact Thailand’s Strategy Implementation” at the Royal Thai Army War College yesterday.

While the country has tried to remain friendly with all parties, Panitan said it could be forced to take sides. The Thai-US military exercise, or “Cobra Gold”, which is currently taking place, has made China uncomfortable, he said. On the other hand, the US felt uneasy when Thailand agreed to purchase submarines from China.

Both situations have put the country in an awkward position, he said.

With Donald Trump as the new US president, Panitan said Washington was seeking to address its trade deficits, especially with China, causing greater tension between the two.

The major issues to follow could involve the South China Sea dispute as well as international trade and it is crucial that Thailand find the right approach should an armed conflict break out in the disputed area.