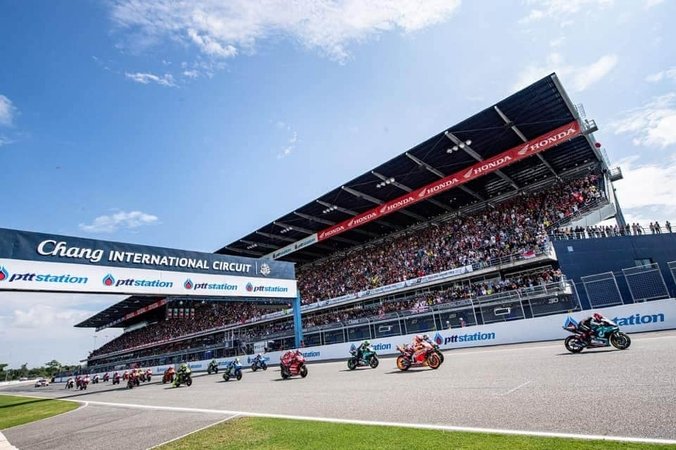 Organisers have cancelled this year’s MotoGP race in Thailand due to Covid-19 concerns, but plan to resume hosting the event in 2021.

The third edition of MotoGP Thailand was originally scheduled for Buriram in March but later postponed to October before being cancelled along with races in Malaysia and Argentina.

“It is with great sadness that we announce the cancellation of the Argentina, Thailand and Malaysian Grands Prix this season, and they will be very much missed on the 2020 calendar,” said Carmelo Ezpeleta, CEO of Dorna Sports, the commercial rights holder of MotoGP.

He confirmed, however, that five MotoGP series will be held in Thailand starting from next year.

“[O]ur new agreement will see MotoGP racing in Thailand and Buriram until at least 2026,” he said, adding that another race in Europe had been added to the 2020 calendar.