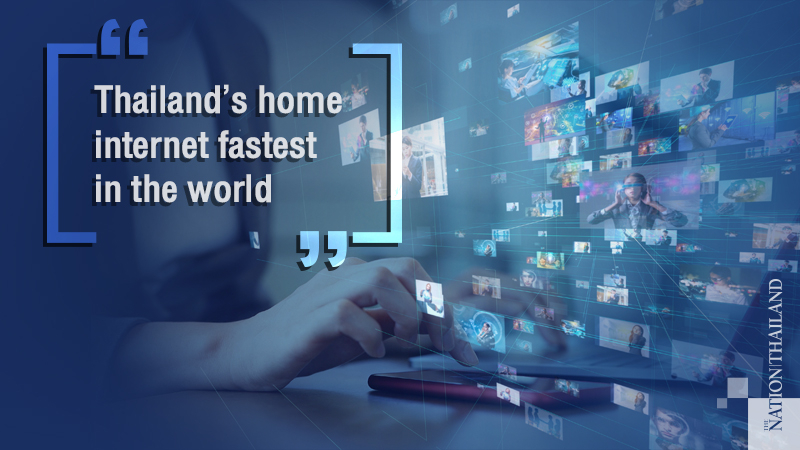 Broadband connections in Thailand are the fastest in the world, the latest Speedtest Global Index shows.

In December alone, Thailand topped the list with broadband speeds averaging at 308.35 megabits per second (mbps),

overtaking Singapore and Hong Kong, where the internet speeds average at 245.31mbps and 226.80mbps, respectively. 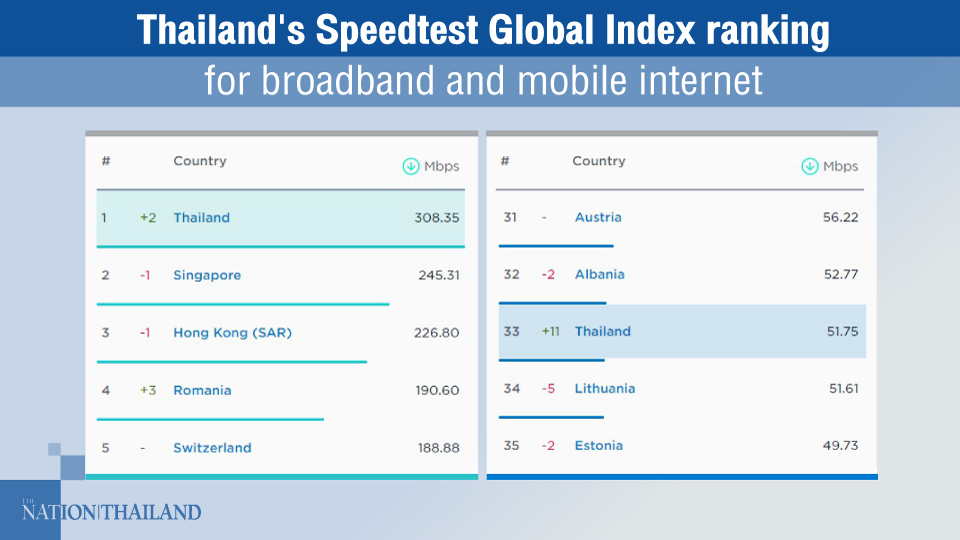