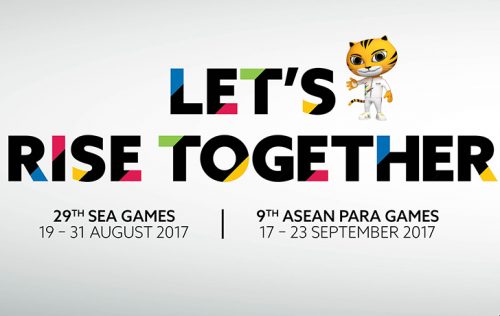 A main characteristic of the SEA Games is the inclusion of regional sports, played by local people of countries in Southeast Asia and inserted into the biennial tournament by the host nation. Before Malaysia kick-started the SEA Games, Thailand relied on that as an excuse, especially in case it loses its regional domination to Kuala Lumpur.

But about halfway through the tournament, it’s clear that Bangkok cannot use that kind of argument.

Regional sports are always a source of controversy at the SEA Games, particularly because of their significant number of medals. Proponents pointed at the promotion of cultural identity, global media interests and the need for sporting excellence to expand from well-built athletes to “more ordinary” people. Critics said those purposes have been all but abused for superficial national pride.

But at the ongoing Kuala Lumpur 2017, Thailand has failed largely at “international sports”. In other words, if regional sports performance is removed from the medal table, the Kingdom will still trail Malaysia, Singapore and Vietnam. Thai runners, for example, have fared relatively badly in short-distance runs. In swimming events, the region has seen solid domination by Singapore.

Earlier, Thailand had hoped that the “unofficial medal tally” would give rise to calls for regional sports to have their own separate stage. Thai sporting authorities argued that although the idea of promoting regional identity was noble, implementation has not quite brought about desired results.

Having the sports played on another regional-level stage was considered a compromise solution, which would keep their integrity and reduce potential conflicts within the Southeast Asian grouping, Thailand would have said.

Meanwhile, the SEA Games have been anything but a bond reinforcer among Asean nations. In the region, the “most unpopular nation” status changes hands every two years, and it should be Malaysia’s turn in a matter of days.

SEA Games hosts are often accused of manipulating results, particularly of sports that require points awarded by judges to determine the winners. But Thailand is running out of excuses while losing its grip on “international sports”.

Malaysia has faced considerable criticism. To decide that there should be nine gold medals for squash at Kuala Lumpur 2017 is, for instance, mind-boggling.

Accusations have already been flying around, focusing on how good the host nation is at squash. But Malaysia has also showed that its athletes are second to none when it comes to “international sports”.

This doesn’t mean, though, that regional sports should remain an integral part of the SEA Games. Those sports have been a source of big problems. On some occasions, it was quid pro quo.

As individual countries are good at different things, political bargaining and horse-trading usually determine how many medals are available for which sport, at the expense of the true development of athletes.

In other words, such sports helped amplify the SEA Games’ weakness, which is the collective regional attitude that medal rankings matter most. The standings have become so important that they have obscured the real, original purpose of having the Games.

Financial and human resources that should have gone into creating genuine foundations for sports have been wasted on lobbying and scheming.

This unhealthy status quo will remain, with or without regional sports, as long as where countries place on the medal table continues to take precedence over true sporting development. However, that is a problem for the whole of Asean to solve together.

As for Thailand, the immediate trouble is the declining quality of its athletes. When the curtain closes on Kuala Lumpur 2017, a sporting revamp should happen here or what’s happening in Malaysia will be anything but a blip.