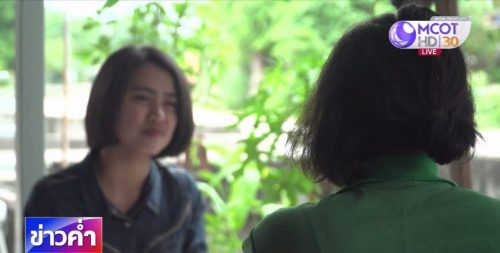 The money was offered by agents and was as little as 3,000 baht.

But the women were desperate for cash and were under the impression that they would be able to divorce after a year.

However, many have found that they are still married after three years and have lost their benefits as a result.

The problem has been revealed as widespread and usually features men from India and Pakistan who want to come and live and work in Thailand.

One report showed a marriage certificate that had been attached to a power pole in one area where there are a lot of men from the Indian sub-continent.

It was found that there were ten “victims” in one housing estate alone in Samut Sakhon.

But elsewhere the problem was rife – there are 600 cases under investigation in Nong Bualamphu province, 1000 in Nakorn Pathom and as many as 2,000 in Saraburi alone.

In some district offices the gangs and agents acting on behalf of the men – mostly from India and Pakistan – are allegedly being actively helped by the connivance of bent officials.

In Bang Len district of Nakorn Pathom, for example, on one day alone 100 foreigners turned up to get married when there is a stated limit of 16 per day.

Officials there are under investigation as are state employees in Wang Muang district of Saraburi. Fifty couples there tied the knot.

Thai women were paid anywhere between 5,000 baht and ten thousand.

Many Thai women barely knew who they were marrying and few lived together at all.

Raids have led to dozens of Pakistanis being deported and agents are starting to tumble.

The suggestion is that now that Maj-Gen Surachate is head of immigration, the heat will be turned up on those involved in the marriages of convenience.

It is suggested that 3,500 cases were currently under investigation with 2,000 in Saraburi and 1,000 in Nakorn Pathom, both provinces in close proximity to Bangkok.