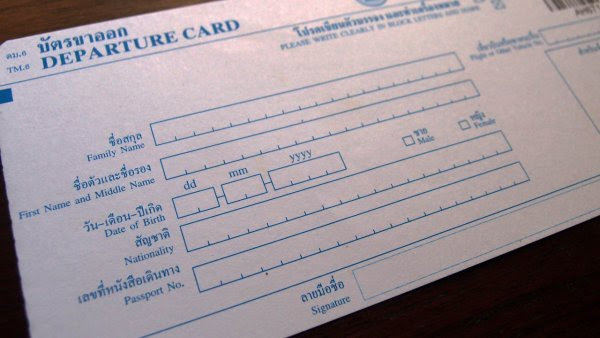 To ease congestion at airports the TM6 entry form has been scrapped. Although not for entry by land or sea.

Deputy Government Spokeswoman Traisuree Taisaranakul stated that to relieve passenger congestion at international airports, the government would temporarily suspend the requirement for international travelers to fill out TM 6 immigration forms.

Ms Traisuree stated that immigration officers will still collect data on arrivals using biometric systems at airports, and that additional travel data can be obtained from airlines. After the cabinet meeting on Tuesday, Prime Minister and Defense Minister Prayut Chan-o-cha stated that this will streamline the procedure for international tourists, who are already required to fill out numerous documents upon arrival.

Because of these changes we do not expect a full removal of the Thailand Pass on July 1st, and it is still unclear how 90 day reporting will work.

In other news, the border at Nong Khai and other entry points into Laos were reported to be very busy this week with tourists, some domestic some foreign flocking over the border for travel or duty free shopping.

Wine is particular good value. Bread, coffee and a host of other good being better value on the Laos side. Historically this was due to French colonial occupation but these days it mainly not just about tax duty on foreign goods.