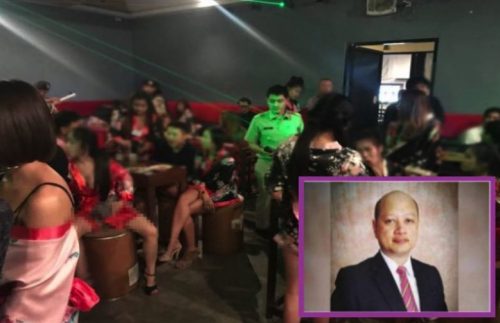 Lawyer warns of behaviour that could lead to divorce. (Photo:-Daily News)

A top online lawyer has told Thai men: If you play away don’t rub your wife’s face in it.

If you do it is grounds for divorce.

Ratchaphon Sirisakhon was giving men the benefit of his legal advice online .

Many Thai men get married but still think they are playboys.

Many go to bars and touch up young women. Some then post boastful pictures of their shenanigans on Facebook and Line hoping that their wives won’t see.

This, according to legal eagle Ratchaphol is a slippery slope.

Men should be faithful after marriage, he said, but if they are not for heaven’s sake don’t post pictures about what you are up to for everyone to look at.

Even a bit of touching and stroking in a bar is considered serious enough as grounds for divorce if others see it in photos.

Times comment:- What next from Kuhn Ratchapol? It would appear that as well as a law degree, he has one in “stating the bleeding obvious” !!!