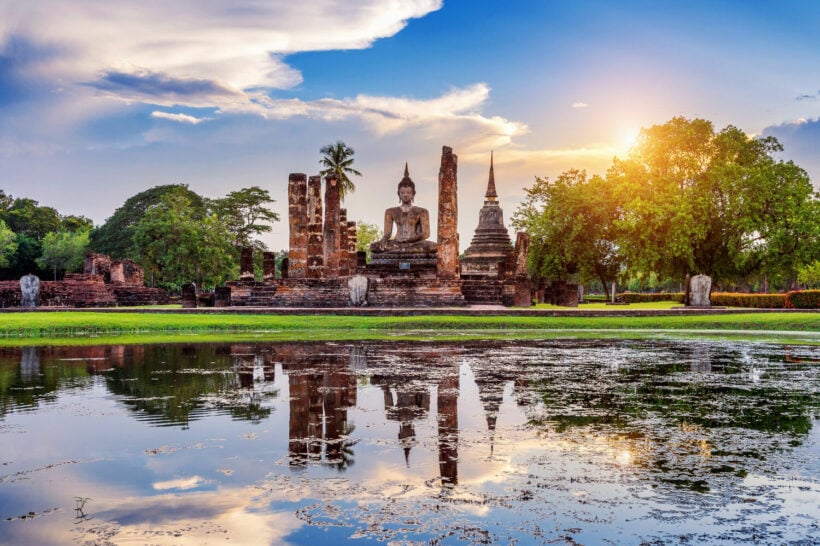 Thailand boasts some of the best travel spots in Asia, some of which are less well-known yet equally as cool. If you want to get off the beaten path a little and see some of the more undiscovered attractions that this lovely country has to offer, check out our list of the top 10 most underrated places in Thailand below. 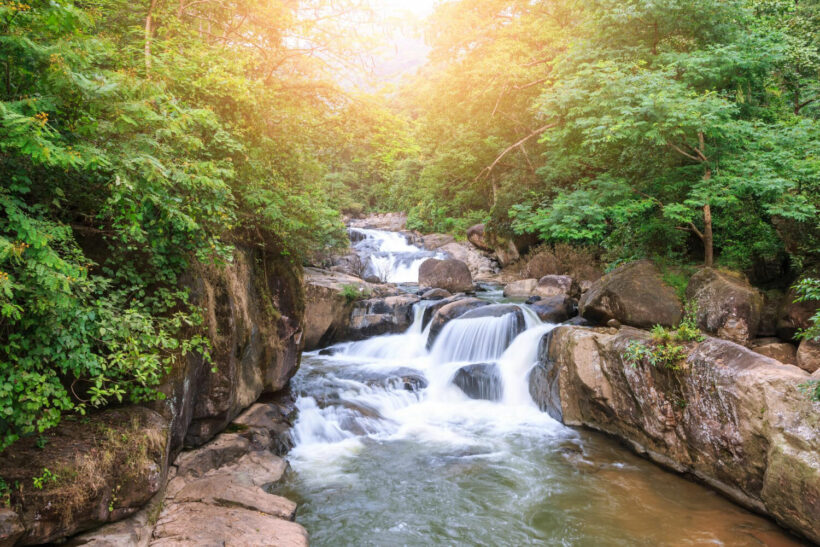 Khao Yai was established in 1962 as the country’s first national park. It was declared as a World Heritage Site by UNESCO and its wildlife is understandably impressive. From rare elephant sightings to bats and birds, visiting this beautiful park is a great place to see wildlife. Visitors can choose their own itinerary that includes trekking, wildlife watching, waterfalls, white water rafting, and staying overnight in the park. Hiking to the top of viewpoints is also recommended if you are into a bit of climbing. 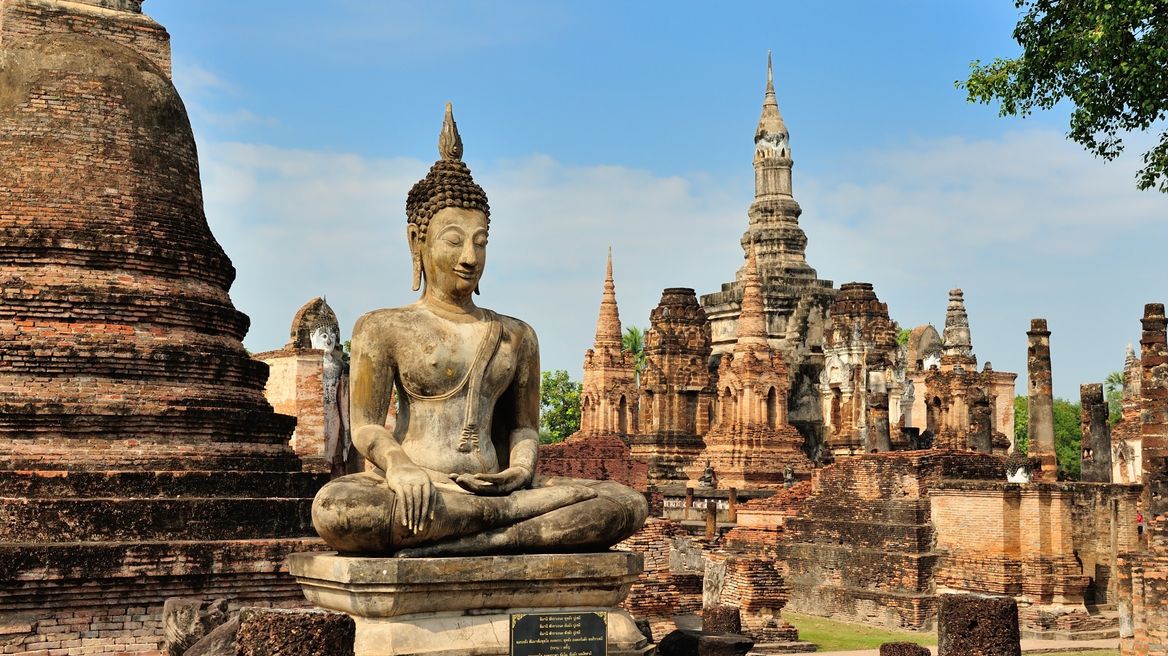 Sukhothai, which means “the dawn of happiness” in Thai language, is a great place for those wanting to see ancient city ruins. Here, Sukhothai was Thailand’s first capital back in the 13th century C.E., with King Ramkhamhaeng as its founder. Moreover, the ruins have been granted a UNESCO World Heritage Site, making it an exclusive attraction all the more. Ancient temples, like Wat Mahathat, and monuments are also part of the site as well as the Ramkhamhaeng National Museum. Travellers can also visit The Royal Palace for a bit of cultural education. Lastly, Sukhothai features 2 national parks: The Ramkhamhaeng National Park and the Sri Satchanalai National Park. 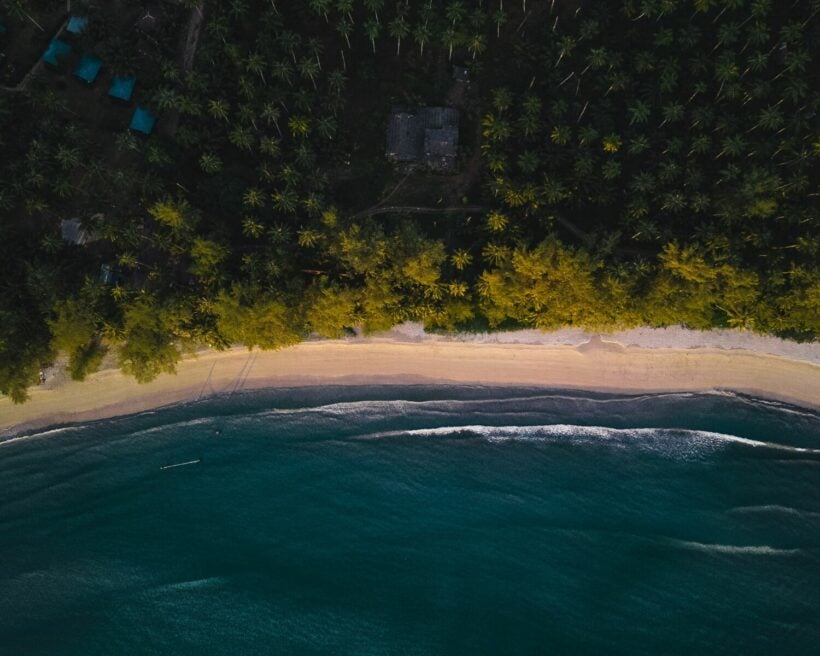 Just 100 km off the eastern coast and near Cambodia, lies Koh Kut, one of the most underrated places in Thailand. This island is full of mountains and tranquil beaches, making it the perfect place to relax. It is considered one of the most scenic places in Thailand and visitors agree. Moreover, travellers here can view splendid waterfalls, with the largest being Kling Chao. Snorkelling, kayaking, or a jungle trek are other nice options if you want to explore further than the beach. Furthermore, the island has several fishing villages, such as Ao Yai and Ao Salat that are worth a visit to see how local islanders live. 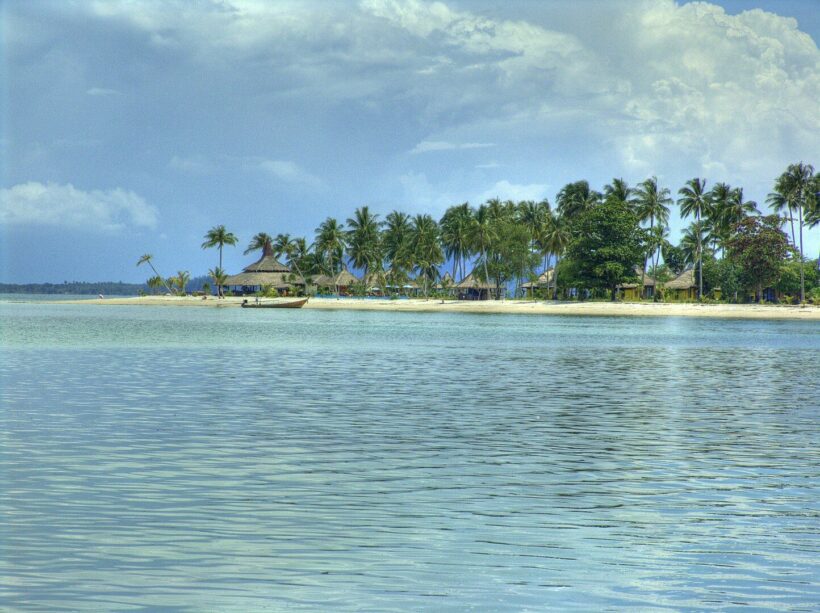 Travelling to Koh Muk takes a bit of planning as it includes taking a ferry from the mainland in Trang Province. However, once you arrive, Farang Beach will make you feel welcome. And, if you didn’t know already, “farang” is the name that Thais give to “white foreigners.” Here, you can depart to the most famous attraction on the island: Tham Morakot, which is a cave featuring emerald-coloured waters. Moreover, there are other things visitors can see, like the traditional fishing villages. Alas, you can always just plunk down a beach mat and relax at the beach if sightseeing isn’t your thing. Remember to dress conservatively as the island is comprised of mostly Muslim locals. 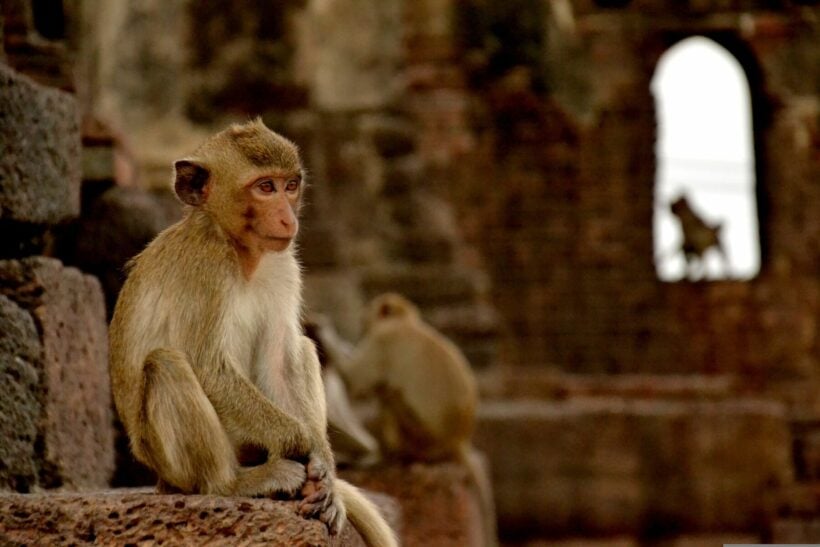 An easy trip from Bangkok, this city is most well-known for its crab-eating macaques that freely roam around. Thus, the city has been dubbed Monkey City as it is teeming with these 4-legged monkeys. Marco Polo is thought to be the city’s first explorer as he even mentioned it in his book, Travels. Moreover, visiting Khmer temples and shrines is another excellent choice when visiting Lopburi as they are absolutely stunning. A word of warning is to keep everything on your person hidden, as the monkeys are known for pick-pocketing. They can also attack if they think you have food, so be vigilant! 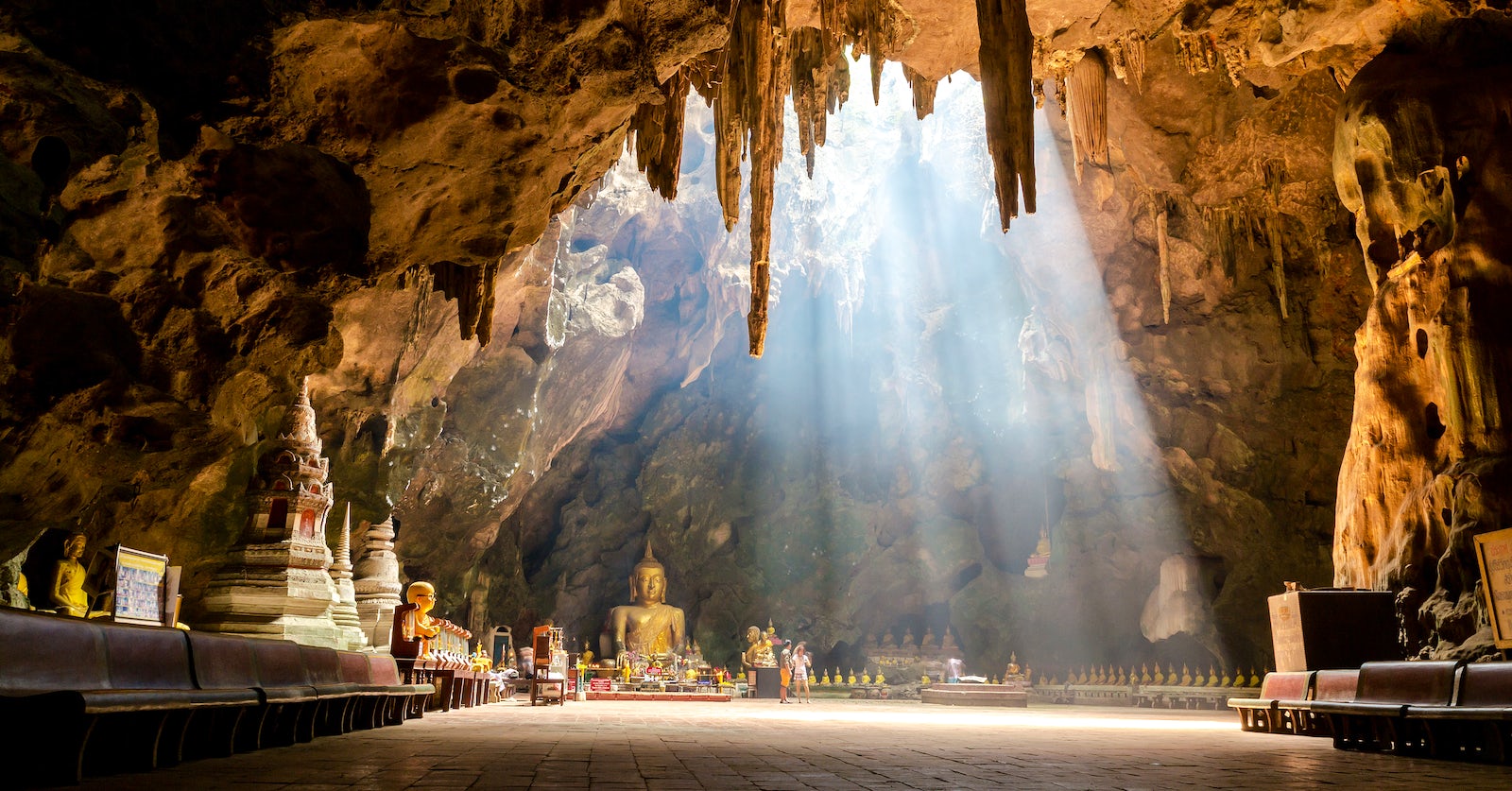 Famous for its desserts, Phetchaburi is the place to go if you want some delicious Thai food. Here, Khanong Mor Gaeng, a very popular custard, along with other delicacies. The city is actually named the same as the capital of the province, which makes it a bit confusing. However, it is one of the oldest cities and among the most underrated places in Thailand, so history buffs will enjoy learning about its roots. The royal palace or Khao Wang, is located on a large hill, making it a popular attraction. And, visitors can also travel to the nearby Khao Luong Caves that feature Buddhist statues or ancient trees that are surrounded by stalactites. 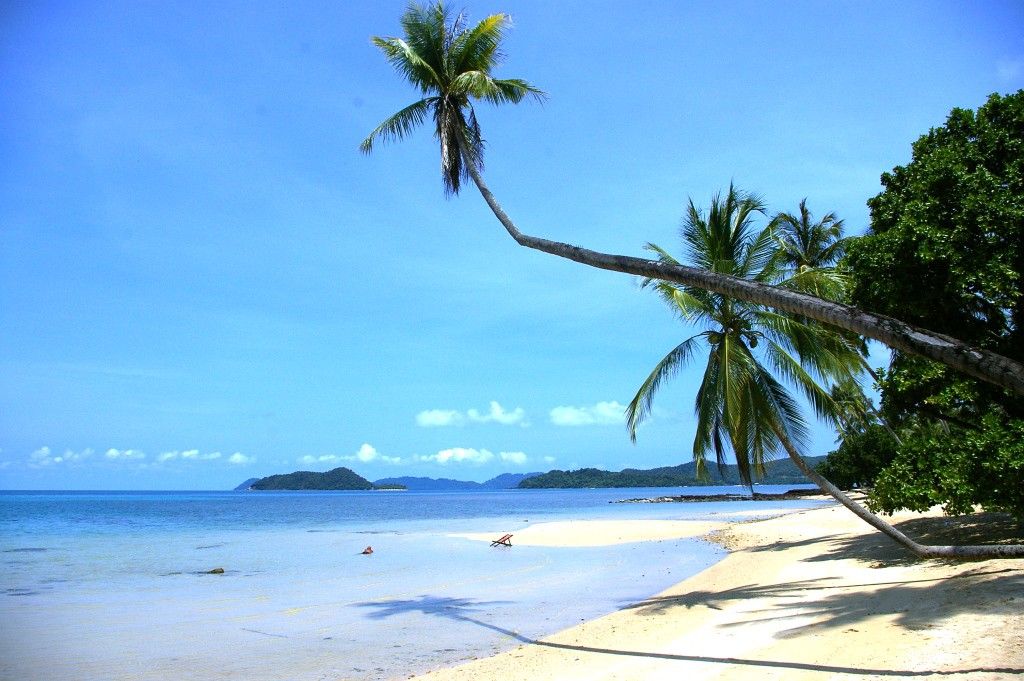 Near the border of Cambodia and situated in the Gulf of Thailand, lies Koh Maak. Visitors to this island describe it as a tropical paradise and the pictures seem to back up their claims. The waters here are crystal-clear and the island features rubber farms and coconut plantations. Snorkelling here is also recommended as the coral reefs are visually appealing. Moreover, visitors can also choose to take Muay Thai or cooking lessons if laying on the beach gets too monotonous. One thing to know is that it is important to bring cash as there is no ATM on the island. 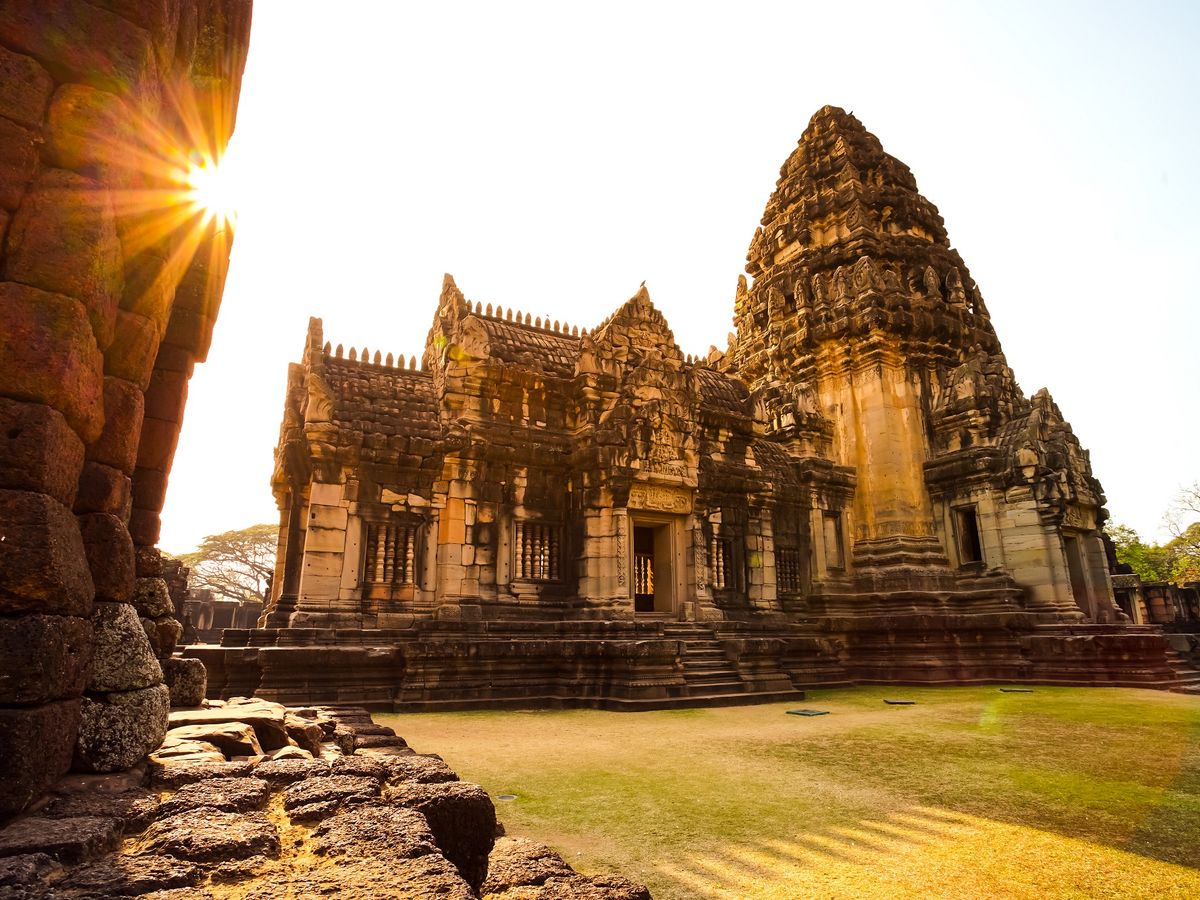 Phimai Historical Park features some of the best preserved Khmer temples in Thailand. As visitors say the temples are comparable to what you would see in Angkor Wat, Cambodia, the park is definitely a great place to see. Moreover, unlike Angkor Wat, you won’t be tripping over others to get a good photo as the park is not teeming with travellers. An interesting tidbit about the park is that the temples were actually built by Hindus but in the style of Buddhist temples. However, they still retain Khmer architectural features. Most of the buildings in the park were made back in the 11th and 12th centuries, surely delighting those interested in the area’s history. 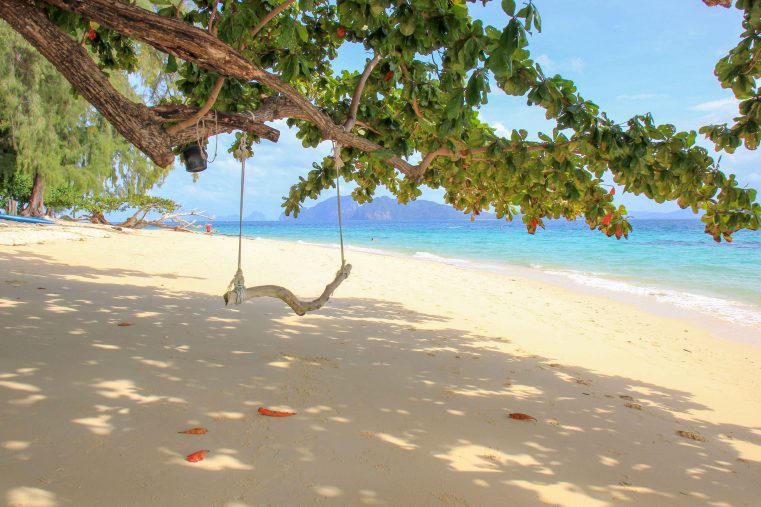 This peaceful island is set in the Andaman Sea is one of the most underrated places in Thailand. It offers a tranquil place to relax. As it is part of the Had Chou Mai National Park, the island is protected land. Although the island is a short, narrow strip of land, it is known to offer great snorkelling as its coral reefs are close to the shore of Sunset Beach. The island’s other main beach, called Paradise, is better for sunbathing or taking in the scenery. Moreover, Paradise is great for viewing the other surrounding islands and mainland, making it a great photo op! 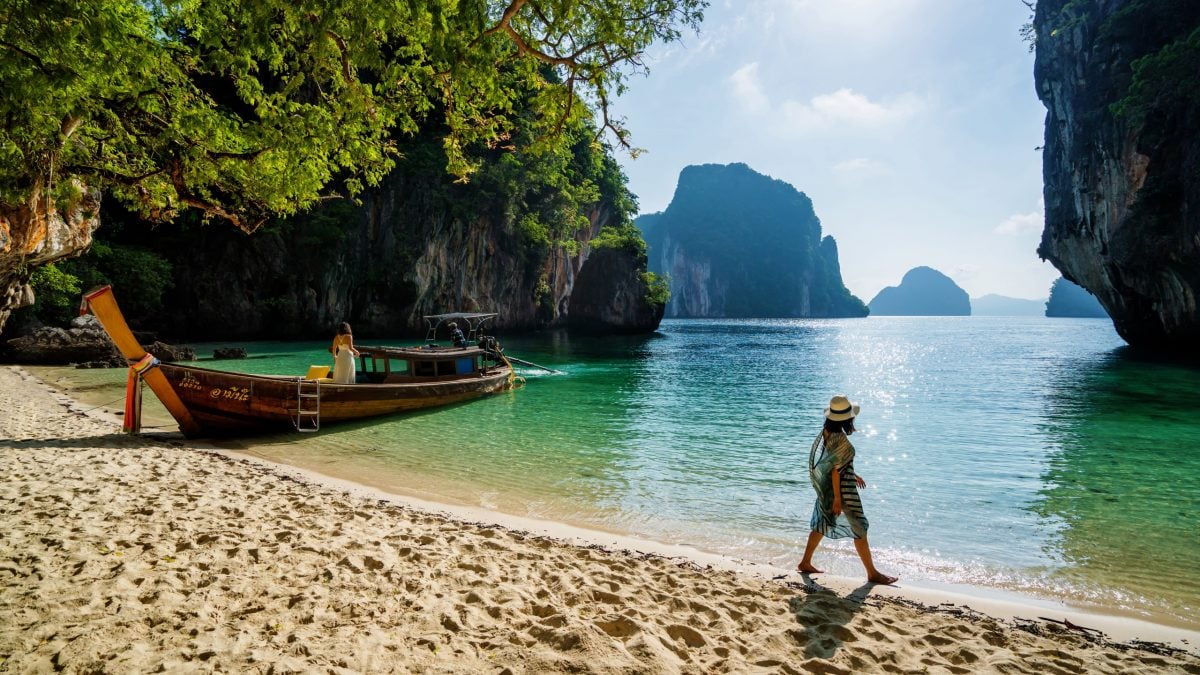 Koh Yao Noi is nestled in Phang Nga Bay and is a 30-minute boat ride from Phuket. Known for being unspoiled by hoards of tourist destinations, the island only features a handful of resorts and budget accommodations. The island is dubbed “small long island” due to its appearance and features scenic mountains. The east side of the mountains is where you can swim and snorkel, while the west is great for viewing mangroves and rice flats. Diving lessons are offered here as well as taking a boat to other islands. This is one of the best places to relax in a hammock while basking in the tropical sun.

For those who have previously seen the more well-known tourist attractions, these lesser-known vacation spots might offer an incredible itinerary. Thus, travellers can find ancient ruins to seriously serene beaches that are largely untouched by travellers. Those wanting to go on a sabbatical can venture to the pristinely quiet islands or learn more about Southeast Asia’s amazing history.